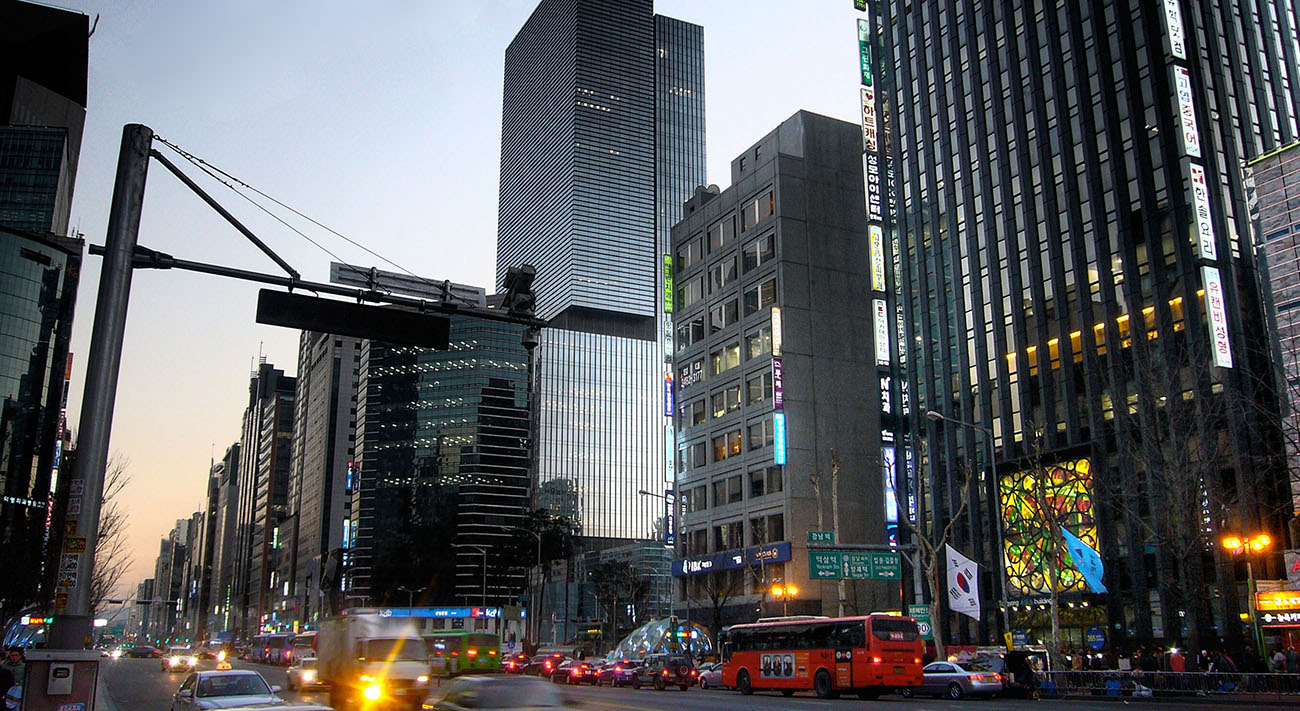 The Gangnam District lies to the south of the Han River, which snakes through South Korea's capital city from east to west. This district of 557,000 people contains 2.5% of Seoul's people but produces 25% of its gross domestic product. High-rise apartments make up 80% of its residential areas, and the district is home to the corporate headquarters of such Korean firms as POSCO and Korea Telecom, as well as the IT venture companies on Teheran Road, South Korea's Silicon Valley.

So it is perhaps no surprise that, if you wish to see how completely broadband and information technology can transform local government, Gangnam-gu (as it is called in Korean) is the place to go.

Getting an Early Start

Gangnam's development as an Intelligent Community began in 1995, when the district launched its first "electronic government" project. By 1997, the district had a local area network connecting government offices and a set of tax payment and other applications running on public kiosks. By 1999, the system could process all registrations, permits and other citizen applications electronically. Gangnam converted the system to the Web in 2002, and by 2006, Gangnam collected 264 billion won (US$280m) in taxes online, 15% of the total, and issued 2 million documents to citizens through the Internet or public kiosks. The system has made possible a 25% reduction in the local government's employment since 1995, saving 36.7bn won (US$39m), even as population and economic activity have grown sharply. In terms of what economists call "opportunity cost," Gangnam estimates that it has saved citizens time worth another 28.5bn won (US$30m). Just as important, it has minimized opportunities for corruption, because nearly every transaction between government and constituents (except those requiring the protection of personal privacy) takes place through Web-accessible platforms. As Koreans say, "no fungus grows in the light." Gangnam's system for providing access to public documents was adopted by the national government in 2002.

The years since 1995 were witness to an economic miracle in South Korea, which saw per capita GDP climb 71% through 2006. There was a matching broadband miracle as well. In 1995, only 1% of South Koreans used the Internet. Under strong policies from the national government, private wireline and wireless carriers deployed broadband networks that reached 14 million subscribers (28% of South Korea's population) by 2006, ranking the nation fourth in the world. They also enjoy some of the fastest speeds in the world, with 100 Mbps available for as little as 35,000 won (US$37) per month. Today, 3,000 Gangnam residents subscribe to Wibro, an advanced form of broadband that can be used even in a speeding car, while 8,000 South Koreans are using a digital broadcasting service to watch TV on their handheld devices during the commute to work.

Broadband for the People

Gangnam-gu was quick to seize on broadband as a means to make government more transparent, increase citizen participation, and even to help citizens who remained outside the local broadband economy. About 350,000 citizens are registered users of the district's Web portal, and 210,000 are subscribers to an email system that asks for their comment on proposed laws and regulations. They seem to take their responsibilities seriously. Recently, the district proposed installation of surveillance cameras in a particular alley in a residential district. A local human rights organization opposed the move on privacy grounds. When polled by email, however, 82% of residents supported the move and installation subsequently led to a 40% reduction in crimes in the area. One interesting aspect of the email polling system is that Gangnam uses demographic weighting to adjust the results. It compares the demographics of the citizens who vote (provided in the registration process) with those of the district as a whole, and weights the voting in order to make it reflective of the whole population.

The Web has also played a vital role in a public campaign introduced by newly elected Mayor Maeng Jung-ju in July 2006 called the Movement to Keep Basic Order. The campaign enlists citizens in reporting on public nuisances, from illegal parking to environmental violations, by phone and online. More important than improved law enforcement is the change it has created in public awareness. Within 10 months of the campaign's start, the average daily number of violations reported dropped nearly 9%.

Gangnam has also found innovative ways to bring the benefits of Web-enabled government to citizens who have never gone online. In 2005, Gangnam equipped its social service staff with wireless PDAs, enabling them to check information, make reports and request services while visiting clients. In 2006, it launched TV GOV, a set of interactive e-government applications running over the familiar medium of the television set. The system enables users to access services in 34 categories, as well as government news channels, cultural and arts channels, and specialized information for seniors, women and children. In 2007, the district began offering a service that placed wireless motion detectors in the homes of the elderly and triggered a remote alarm if the sensor failed to detect motion for an extended period of time. In 2008, the service will be extended to provide citizens with the option of wireless location tracking for young children or the elderly suffering from dementia. These are the first of a set of "ubiquitous technology" services that the district expects to introduce in coming years to further improve the quality of life of its citizens.

Korean culture puts a premium on education. The success of the broadband economy in Gangnam has both added to educational requirements and delivered new ways to meet them. To equip citizens with digital skills, a program called the Regional Information Classroom has provided classes on computers and the Web to over 400,000 citizens in their middle and senior years. Additional instruction is available via programs on TV GOV.

Education is a major expense for families with children in South Korea, and low-income students are at a substantial disadvantage. Gangnam offers several programs to lower this barrier. The district offers over 100 online lectures from a famous private academy for only 20,000 won (US$21) per year to more than 335,000 registrants. It has opened digital libraries in the empty classrooms of elementary schools, providing access to 330,000 electronic books not only in those schools but nationwide to more than 133,000 students in 123 communities. The district also has a partnership with the University of California at Riverside's International Education Center to deliver ESL (English as a Second Language) instruction to students in the district. Knowledge of English is considered so important that it assigns native English speakers to work in its schools and operates an "English Experience Village," in which students interact with native English speakers in real-life situations.

This vast array of programs takes a great deal of investment. Gangnam also invests directly in business development. Its Small & Medium Business Development Fund invested 4 billion won (US$4.2m) in 32 technology companies in 2006. It also underwrites the activities of local nonprofits dedicated to business development, child welfare, sports and conservation. But in addition to the intangible returns of good governance, the community sometimes receives a direct return that also makes headlines. In 2004, Saga City in Japan awarded a US$2 million contract to a Gangnam company to build a complex software platform. What Saga City wanted, and was willing to pay for, was Gangnam's e-government system.

Intelligent Community of the Year 2008