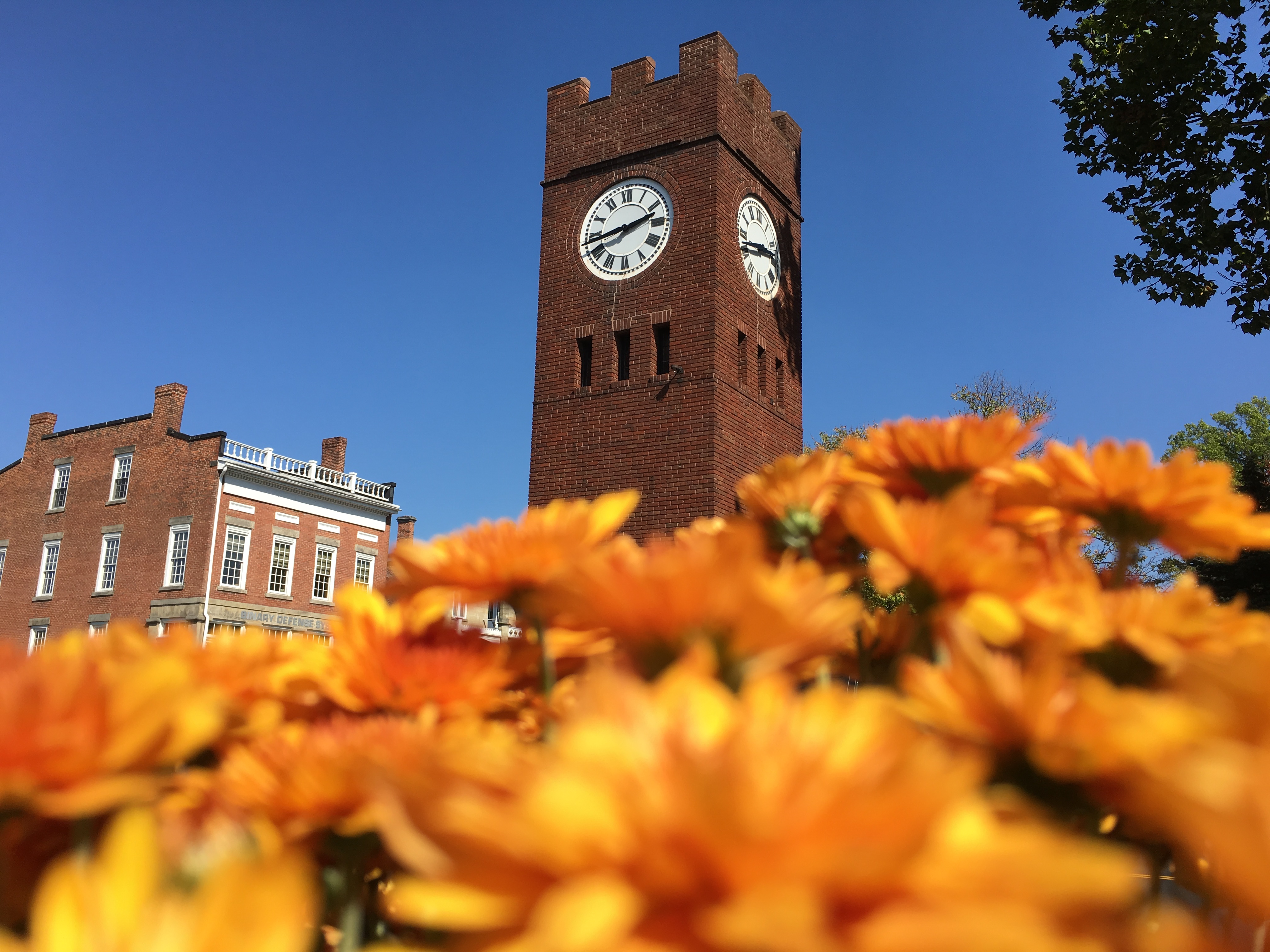 The population of Hudson, Ohio is approximately 22,262. It is an affluent suburban community ideally located between Cleveland and Akron. Hudson is consistently thought of as the “jewel” of Northeast Ohio. Hudson has an excellent education system, historic neighborhoods, vibrant downtown shopping and dining, and a great quality of life. The City is also home to more than nine-hundred businesses, ranging from entrepreneurial endeavors to international corporations. The last 4 years have seen unprecedented commercial/industrial development from “future-facing” businesses in technology, medical/wellness, polymers, and homeland and cyber security. Hudson offers advantages to companies that want to locate in a family-friendly environment, making it the place to do business in Northeast Ohio.

At the same time there are challenges. The Hudson community had long eschewed growing its business tax base. Despite a heavy residential tax imbalance, high home prices and an aging and flat population, the focus was on affordable living. These challenges have been compounded by an upper middle-class population whose perception is ‘all is well’.  The median age of Hudson is a rapidly advancing 45.2 years with approximately 72% of residents over the age of 25 holding a bachelor’s degree or higher. Median household income is approximately $129,000. But like intelligent communities everywhere, it is a place in transition from one economy to the next. Hudson seeks to secure its future at a time when smaller communities without a distinct competitive advantage are seeing their human, economic, and cultural assets drained away by bigger places.

In late 2015, Hudson began construction of the Velocity Broadband Network. That milestone was the end of one journey and the beginning of another. As internet access became essential to businesses, the city began hearing more and more complaints about lack of reliable, affordable connectivity. The largest companies in town could afford dedicated high-capacity service but small-to-midsize companies – the backbone of employment everywhere – could not. A survey of residents and businesses in 2015 made clear that coverage, speed, performance and reliability were a big issue. Some business people reported regularly leaving town for a café with internet access because their own service was so undependable.

The city first tried to interest ISPs in upgrading their infrastructure but the proposals from providers were inadequate and expensive. It pitched potential private-sector partners on buying capacity on an open-access network to be capitalized by the city. The response was tepid. Finally, City Council agreed to become a retail service provider. It made a US$3.3 million internal loan so that its IT department could expand the fiber network already used by government to serve the business community.

Today, Velocity Broadband offers business customers a symmetrical 500x500 Mbps service with capability up to 10 Gbps. More than 250 business customers subscribe to internet service and over 100 to voice-over-internet-protocol telephone, producing revenues that exceed operating costs since 2017. In addition to satisfying existing users, Hudson has seen direct impact on business attraction. For the previous ten years, one of the city's primary business parks had only one tenant. Since Velocity Broadband started service, the park has added seven new buildings and is close to being fully occupied.

With the success of Velocity Broadband in the business sector, Hudson was eager to expand coverage to residential areas as well. The city sought input from citizens on broadband needs and challenges through a community survey and a committee of residents. In 2019, based on survey and committee findings, Hudson changed its policy to stop differentiating between residential and business structures for coverage, expanding Velocity’s potential subscriber footprint from 600 to 1,500 potential new customers. The city will seek further opportunities for network expansion in the coming years as well.

Hudson’s historic downtown is comprised of buildings that are more than 100 years old, many of which are physically attached or at least directly adjacent to one another. Even one building catching fire in the area could spell disaster for all of downtown, wiping out businesses, lives and history all at once. The primary way to prevent such spreading fires is quick detection, but most options, such as running wires through old brick walls and ceilings, were prohibitively expensive for local businesses. The city took advantage of its Velocity Broadband to design a brand-new solution instead.

During the first quarter of 2018, the city coordinated building inspections with the Hudson Fire Department and the Velocity Broadband vendor to check signal strength and determine appropriate locations for wireless fire detection units. These units will form a mesh network that communicates back to a central fire panel, allowing Hudson’s Fire Department to learn immediately of any fires beginning. In addition, the devices include wireless horn-strobes that will alert everyone in the general vicinity if a fire breaks out. The city has made historic Main Street a pilot site for this fire detection network with plans to expand if testing goes well.

Center for Innovation and Creativity

An educated population tends to demand much from its educational institutions. In 2010, Hudson was named as one of the 100 Best Communities for Young People by an organization called America's Promise. The award was based on work that began in the 1990s to combat drug use and drive down the dropout rate by providing additional educational and cultural opportunities.

Today, the Hudson City Schools are part of the Six District Compact, a partnership of neighboring school districts, which lets students enroll in two-year higher education programs that earn college credit or provide a pathway directly from high school into employment. Vocational courses range from automotive to cosmetology, and STEM offerings as diverse as coding and robotics lead to the awarding of Microsoft and Cisco certifications. A 1-to-1 Chromebook program has equipped all students in grades 3-12 with a free laptop, and also paid for a professional Technology Coordinator to manage the project. Based on the Chromebook program’s success, the city will be providing students in grades 6-8 with 6th-generation iPads to replace their Chromebooks, giving them access to a wider variety of productivity and learning apps and tools. The same funding includes support and incentives for teachers to become certified as Google Educators. This mix of technology, training and train-the-trainer programs is a fundamental building block of the knowledge workforce. In 2016, a private secondary school, Western Reserve Academy, opened the Center of Technology, Innovation and Creativity with funding from a local foundation. In the 6,000-square-foot (557 m2) collaborative makerspace, students pursue their own projects and partner with local businesses to design, engineer and create products, beginning with banners and T-shirts and advancing to custom-branded gift items. The Center expected to offset 100% of its operating costs through such projects by the end of 2017.

Innovation does not, however, stop with the Academy's students. The Center has invited public schools to explore the facility and hosted a Digital Fabrication Camp for younger students. A 2017 gift to the school made it possible for students from rural, disadvantaged Ohio towns to spend three weeks of learning and exploration at the Center and to board at the Academy.

Hudson's economic development leadership discovered in 2017 that a highly valuable asset was hiding in plain sight. The city is home to nearly 80 Chairs, CEOs and founders of major corporations, universities and nonprofits in the region. To put that talent to work, the city and Hudson Community Foundation established the Business Leader Advisory Board, which meets biannually to prioritize opportunities arising from Velocity Broadband and other developments, and to act throughout the year as advocates for the city beyond its borders. Still in the early stage at the time of this report, the Board provides to Hudson the kind of expertise, insight and leadership access normally available only in a major city.

Another program, Leadership Hudson, introduces its citizen participants to local leaders in government, business and the community, and offers training in leadership. In addition to valuable networking and leadership development, the program offers each class the chance to develop a unique project to benefit the community. In 2014, the Leadership Hudson class partnered with the city-owned electric utility to install a Solar Education Center, complete with solar panels, at the Barlow Community Center. The class raised money for the project from local foundations, businesses and social organizations, as well as a crowdfunding effort that contributed 10% of the total raised. The money went to build a system with 55 roof-mounted and 10 ground-level solar panels, which now provide half the building's electricity and will save the city $100,000 in the next 25 years while reducing carbon emissions by 40 tons per year. Next on the agenda of the Solar Education Center is engagement with local schools to use data generated by the solar installation in STEM programs and in the Green Cup Energy Challenge, a national competition that engages more than 300 schools each year.

For those residents still left out of the loop, the city created the Hudson Commons project in 2019. The project aims to provide information and updates to citizens regardless of their media consumption habits, a formidable task in the digital age. The Hudson Commons project includes a wide variety of communication avenues, from monthly 3-4 page newsletters delivered by mail to bi-weekly “Hudson Headlines” short videos streamed online and posts on Twitter, LinkedIn and Instagram. The city is also considering creating a new version of Hudson Community Television available through new services such as online streaming, rather than traditional television.

Getting Out of the Way of Progress

City government is making its own contribution to progress by identifying processes that stand in the way of economic growth. The city manager introduced a Continuous Improvement initiative in 2016, and one of its first projects involved the permitting process for residential, commercial and industry construction. It was locally famous for its length and cumbersome procedures: a typical residential application took 11.5 days to process and involved 45 separate steps.

The Continuous Improvement team conducted a week of exhaustive interviews with employees and analyzed the steps in the workflow. At the end of the review, the team proposed to junk the existing software system in favor of a user-friendly online interface that could accept credit card transactions and would drastically reduce the number of steps. As just one example, residents wanting to add a window or fence to their property typically waited one week for approval, a process that involved a formal review board. The new system let residents apply for and receive approval in hours without ever leaving home. That residential application requiring 11.5 days and 45 steps was reduced to 2.5 days and 13 steps, and similar gains were made on commercial and industrial applications.

The leaders of Hudson understand the privileges that come with its position as a home for well-educated, well-paid residents working at companies throughout the region. Hudson's citizens already tend to be on the winning side of the transition to a digitally-powered economy – but the city is not one to take its current success for granted. Ambitious programs in broadband, education, economic and community development provide a pathway to a stronger economy and more engaged society for all Hudsonians.