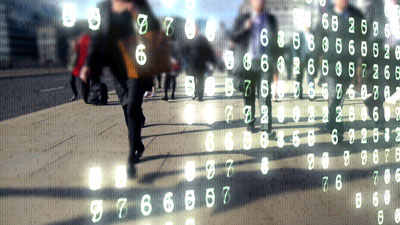 “A city that is evolving from “Smart” to “Intelligent” is also one that is devising policies which encourage a depth of humanity and personal choices which anchor civilization, and also unleash the most robust use of resources and capital,” said ICF co-founder Lou Zacharilla. “Data is now a fundamental tool toward this goal, which touches the life of every citizen. Some communities have made it a priority to ‘humanize data’ and to watch as citizens improve their lives as a result.  We will be looking at this issue as part of our 2018 Awards program, and evaluating who is doing this well.”
The annual Awards Program, which is run by the New York-based think-tank, will name its 20th Intelligent Community of the Year at the 2018 ICF Summit in June 2018 in London. The 2017 recipient, Melbourne, Victoria, Australia, was named in New York earlier in the month.

Nomination forms for the Awards Program can be found at  www.intelligentcommunity.org/nominations. There is no cost to submit a nomination.  The deadline to nominate a community is September 13, 2017.  Communities submitting a nomination form will receive a free written report that compares their performance to ICF’s global data set in the areas of broadband infrastructure, the knowledge economy, innovation, digital equality, sustainability and advocacy for positive change.  Companies qualifying for the Smart21, Top7 or Intelligent Community of the Year receive substantial press coverage and independent validation of their community’s progress.

More about the 2018 Theme: Humanizing Data

Data has become the heartbeat of the new economy and the lifeblood of smart public policy in the 21st Century.

Two words born in the mid-1990s still shape our understanding of data’s central role.  Engineers at Silicon Graphics, an early tech innovator, began talking about “Big Data” at about the same time the words “Open Data” first appeared in a report, which advocated for the free exchange of scientific information.

Two decades later, Big Data describes the high-speed collection, processing and availability of huge volumes of information.  What once required days, weeks or months of computer time can now be processed and displayed in real time.  Greater processing capacity has encouraged us to add sensors to objects, animals and even to ourselves, and to “scrape”the digital streams of the Internet to generate an even greater flood of data.  By getting us answers sooner, Big Data delivers greater value.  It also reveals patterns we might never have suspected were there, but which alter our decisions, investments and our well-being.  The impact on businesses and institutions already mounts into the billions, measured by cost-savings, convenience, operational improvements and new forms of economic activity.

If data is Big, however, does it only belong to Big companies and Big institutions?  Where do individuals and communities fit in a data-driven future?

That’s where Big meets Open.  The global Open Data movement has driven municipal, state, provincial and national governments to publish data sets from the vast store of information they collect.  Researchers, hackathons and entrepreneurs explore the spread of disease and crime, create real-time transit schedules and develop quality audits for everything from hospitals to restaurants, instantly on smartphones. New companies spring up to make money from this release of “the peoples’ property,” including such firms as the real estate website Zillow and Garmin, a US$7 billion maker of navigation software and hardware.  Governments save money by attracting more bidders for contracts and delivering useful up-to-the-minute information online rather than through call centers.  Where governments are committed to transparency,  Open Data is shrinking the shadows where corruption flourishes.

As data has become a matter of public policy, its quality, use and interpretation have become the stuff of debate.  Data touches issues from privacy and security to economic inequality, and from the right to claim an individual identity to the “right to be forgotten.”  Technologists complain about a lack of standards that force them to devote countless hours to preparing government data for use.  Open Data advocates demand that information be free – while most governments reserve the right to determine what citizens need to know.

Whether big, open or both, data is the beating heart of business and government.  By fueling a better-informed society, it supports human hopes and human potential.  It is valuable when it contributes to prosperity, knowledge, safety, cultural richness and greater collaboration, and it is threatening when directed to lesser goals.  In the 2018 Intelligent Community Awards and Summit, we celebrate the people, the communities and the innovators who are humanizing data for the economic, social and cultural benefit of the community.  We will identify and honor those whose technical accomplishments lead to less poverty, greater health, higher hopes and longer and richer lives, beginning in the first and most important place of all: the place called home.

About the Intelligent Community Forum

The Intelligent Community Forum (www.intelligentcommunity.org), headquartered in New York, is a global movement of nearly 150 cities, metro regions and counties with a think tank at its heart. ICF studies and promotes the best practices of the world's Intelligent Communities as they adapt to the new demands and seize the opportunities presented by information and communications technology (ICT). To help cities and regions build prosperous economies, solve social problems and enrich local cultures, the Intelligent Community Forum conducts research, hosts global events, publishes books, and produces its high-profile annual international awards program. The Forum has two Institutes in North America dedicated to the study of the movement, with more institutes planned. Global leaders, thinkers, and media observers follow and participate in the ongoing global dialogue initiated by the Intelligent Community Forum. In 2012 ICF was invited to participate at the Nobel Peace Prize conference in Oslo and in 2014, its model and work was recognized by the U.S. Department of Commerce under the Workforce Innovation and Opportunity Act, which, according to the American government, was "aimed at creating a more flexible and responsive system of workforce development to meet the needs of employers looking to fill 21st century jobs.” The Forum’s membership is made up of 145 designated Intelligent Communities worldwide, which is represented by mayors and key civic leaders. For more information, go to www.intelligentcommunity.org/icf_membership. For more details on the Intelligent Community Forum’s recent publications and programs, www.intelligentcommunity.org.