Laws are constantly changed and rewritten, even in Texas: Part 1

PART 1: Disruption - to transformation - to evolution: the circle of life continues.

As I move through my day, I am constantly disrupted in my normal ways of doing things to the point where I am no longer disrupted but maybe only annoyed that what I am now doing on a regular basis is the new normal. Then I become resigned to this fact and don’t expect to ever go back to what I had been doing years before. I begin to see the advantages of what I am doing today and would never wish to go back to what I had been doing. I even advocate the fact that this new thing is so much better and encourage others to do the same. As society accepts these acts by me and others, they become normalized and the disruption is no longer ever thought of as a disruption. Besides a new disruption has already taken its place. 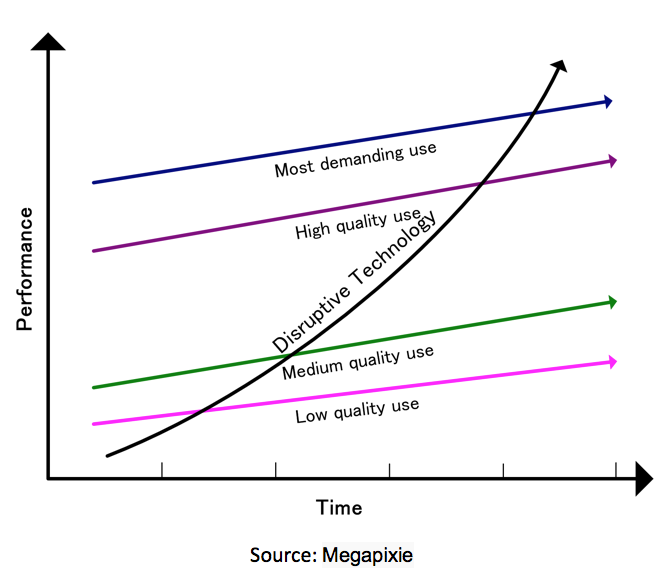 Through Open and Big Data and its associated analytics, everything can be tested and is up for grabs. While monitors, such as cameras and sensors are measuring everything from traffic movement, to air quality and the vulnerability of a water pipe to burst, risk managers and budget chiefs and their planners and engineers will be actively plotting out further improvements to efficiencies and cost effectiveness in a well-run smart city. Eventually with the right algorithms even many of these human interventions could be replaced implementing the promise of the Internet of Things to its fullest. But this effort is not to replace people and decisions to be made by them; just to streamline and provide evidence-based information so that people have all of the data and analysis at hand to make the best decisions possible.

Use and application of high-speed broadband has always hindered market forces to advance the delivery of services to some communities, especially in less dense small town and rural areas. Incumbents carriers have been criticized for not investing in marginal areas, forcing some municipalities or special interest groups to bootstrap services through collaboratively aggregating market demand and using ingenuity and often duct tape to jerry-rig temporary technology solutions until a proven business case exists to warrant a professional service to take it over. The last few decades saw many of these efforts in communities desperate to continue to exist by becoming part of the new broadband-based economy. A significant reason for the exodus to urban centers has been for jobs and opportunities, many of which have become based on the uses and applications that broadband services provide or relate to. However, there is now a growing trend to provide services further out to rural and even to remote communities through delivery of fixed and wireless broadband. While it may not be enough to stem the tide to the growing urban centers estimated to hold 70% of the world’s population by 2050, the Intelligent Community Forum developed a focus on the “rural imperative”, encouraging rural and remote communities to develop broadband based ecosystems that will help in their quest for survival and even prosperity in the face of this growing exodus to urban regions. Increased awareness of the desire for families to grow their businesses and educate their children in these small town and rural communities, might offer the business case for some companies and investors to provide an increasing opportunity for business, education and entertainment opportunities in these areas. Even these communities can contribute to the innovation and creativity spectrum of society as a whole while maintaining their traditions, cultures and way of life. Stemming the tide – even a little- to this massive growth in urban regions would be a major disruptive innovation in its own right that we should perhaps all be getting behind!

Innovation and creativity comes in many forms. We are primarily familiar with the arts and crafts; living arts such as film, music and performance; the creation (invention) or innovation of products and services; and the ability of successful applications to spawn whole new industries that can impact the evolution of a community into entirely new economic directions. Clusters of industry innovation, utilizing the sharing economy and the emergence of deregulation in areas previously heavily regulated are all disruptive in the way we have been doing things and expecting the way it will be done. Even the way in which they are being done is not as expected. Uber, for instance, is not only disrupting the taxi industry, but is doing so without owning any vehicles; Airbnb is becoming one of the world’s largest overnight rental agency without owning any units; and Millennials are changing the habits of those around us by favoring a better smart phone than a better automobile, or none at all by walking, biking or taking transit instead. We have become more used to things monitoring us such as cameras on streets and in buildings and spaces where people commonly collect or move through. Our smart phones, credit cards and even our smart TVs and GPS in our automobiles collect data on our everyday activities. Sure, we are concerned about privacy, intellectual property and protecting our rights, but there is evidence of a growing change in people’s perceptions, behaviors and expectations related to things over the Internet.

Take file sharing for example. Napster was such a big issue when it first emerged. “Piracy” was a bad word. Today, we seldom hear the word piracy; since we have “file sharing”. 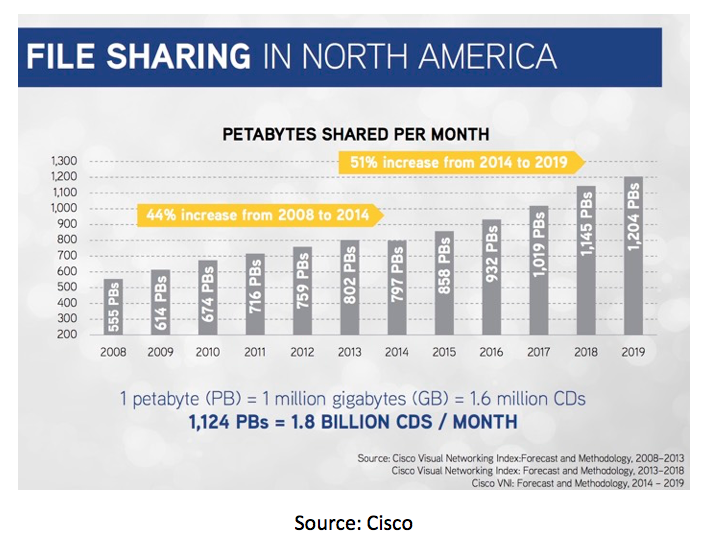 As Robert Steele, President and COO at Rightscorp explains: “In speaking with people both inside and outside the entertainment industry over the last few years, I’ve been fascinated with what appears to be a general consensus that internet piracy isn’t the problem it once was. When I tell people that I help protect artists’ rights on the internet and collect payments from people who are file-sharing music and movies without permission, people often say, “hasn’t streaming eliminated piracy?” or “I thought they shut that down?” or “didn’t they get sued?” When I mention that file-sharing in North America has grown 44% from 2008 to 2014, I often get silence as the response, or “hmmm.”

He explains further that people have progressed from Napster “outrage to fatigue, then to resignation, and ultimately to acceptance and its cousin, denial”. While more people are beginning to pay for copyright services such as Spotify and Netflix, file-sharing in North America is still growing in North America (44% since 2008). Global growth has increased 80% between 2008 and 2014, but there are signs of encouragement in Europe where there appears to be a decrease in piracy emerging, despite the fact that European piracy is nevertheless still nearly 50% higher than in North America, even after 4 years of decline.