Looking for Things Nearly Unseen but Real in a City

The major question Top7 host cities have before I set out to visit them is what I want to know. There is some anxiety on their part because they want to make sure that they do well in Columbus on June 16, but also because they want to show off their cities. There are also several people involved and a lot of coordination and, I’m sure, cost involved with a Top7 Site Visit. So I am sensitive to this and try to be a good guest and not make people feel like the Grand Inquisitor and Inspector General has rolled into town.

This year I have been chosen to visit New Taipei City (Taiwan) and Surrey (Canada). I am in New Taipei City this week. It is an interesting place on paper. It made the Top7 for the third consecutive year, which puts it on a trajectory to possibly follow a pattern set by Eindhoven (The Netherlands) and Columbus (USA), both of which were in the awards program three years before their number was called as the Intelligent Community of the Year. NTC interests me because it is by far the youngest city among our entire family of 145 cities, regions and towns. It was formed less than one decade ago from the 2006 Intelligent Community of the Year, Taipei. Mayor Eric Chu of NTC, who lost the nation’s presidential race this past year to Tsai Ing-wen, the nation’s first female president and the most powerful woman in the Chinese-speaking world, is the scion of one of the most powerful political families in Taiwan and has effectively birthed NTC and brought it into the world! It was born to privilege. NTC is a legitimately powerful economic engine. I know Mayor Chu and he is a very sharp guy, politically savvy and understands governance. While NTC has a massive tech base and much business, I am really curious to see if it has the shape and feel of a real “community” yet – and of course I want to understand how this is (or is not) happening. 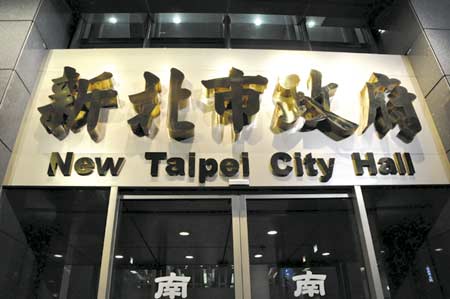 When the Top7 plan for my visit, they always ask what I want to see and how the visit can be best arranged during the 48 hours that I am typically on the ground. The first part is simple: use the six ICF Indicators to guide the events and plan media around it so that you can maximize the global connection and honor.

The last part of the question, often not fully asked or understood, is to show me how you are going from technology to transformation. I always have a very simple image in my mind for this. It revolves around my 2003 moment with Blackberry co-founder Jim Balsillie. When I asked him why he chose to stay in Waterloo, Canada, he said simply, “This is where I live and where I want to live.” That’s good incentive. To live well you need more than connectivity.

A lot more. I will see what New Taipei City has that is making it more than a place with a lot of economic activity and a shiny new City Hall. More precisely, I will be looking for something intangible, or nearly, which is a sign of rebirth. That sign I will take back and share with you and the Jury. How’s that for a challenge?