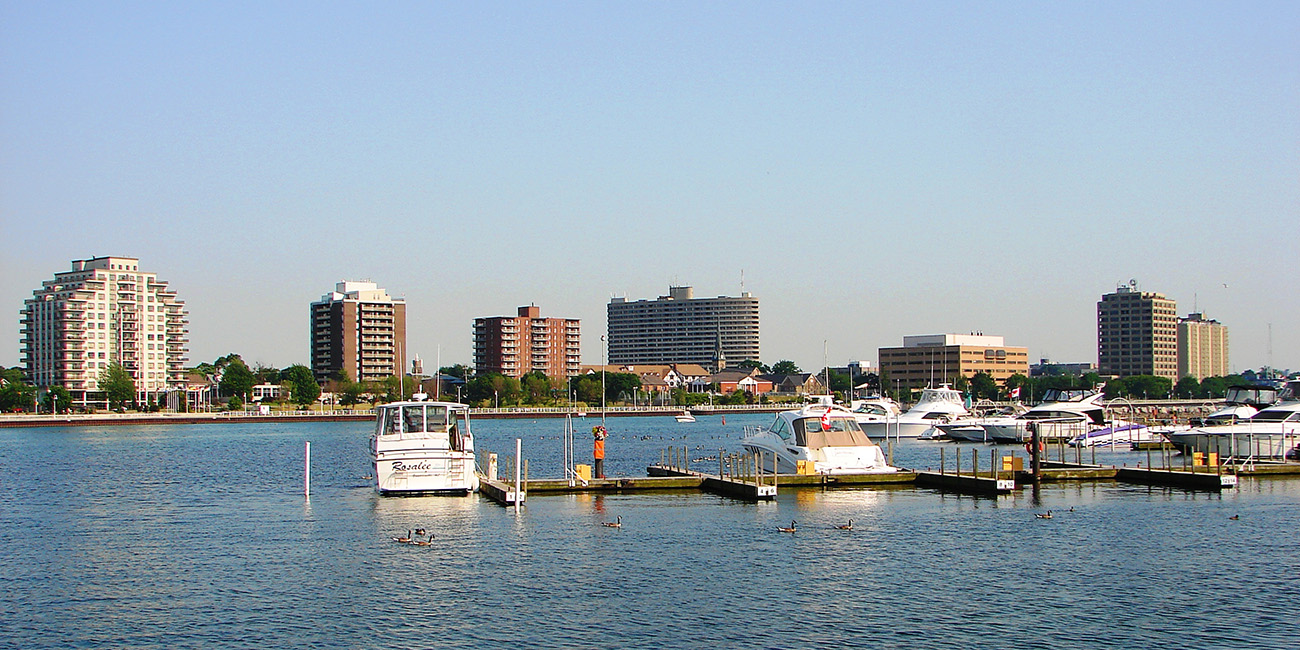 The rural areas of the region have benefited from the long commitment of rural telecom operators, Brooke Telecom and Hay Communications, to their markets. Both companies continuously expand their fiber networks into rural residential markets. Brook Telecom is offering a 1 Gbps connection with unlimited usage for C$109.95 to villages of fewer than 1,500 residents as well as rural farms. Business customers in the Sarnia metro area are benefiting from a 2015 decision by BlueWater Power, a local power distribution company, to launch a fiber network division.

In July 2016, the provincial and federal governments announced initial funding for a plan to build an ultra-high-speed network serving 300 mainly rural communities in southwestern Ontario. The South-Western Integrated Fiber Technology (SWIFT) program will take 25 years to complete at a cost of C$5 billion. Lambton County has been an active driver of the program and has budgeted C$1 million as a contribution toward construction costs in its territory.

Lambton County is home to three First Nation communities, each with a fast-growing youth population. Two nonprofits have targeted middle-school children in these communities for science, technology, engineering and math education in partnership with the University of Waterloo. The partners present classroom workshops during the school year and operate a STEM day camp during the summer. For the past 10 years, about 75 university students have served as instructors, while members and elders of the First Nations serve as counselors, who integrate cultural experiences into the STEM teaching.

The library system of the county is bringing STEM practices of a different sort to its patrons with the opening of a Makerspace, equipped with laser cutter, vinyl cutter, 3D printer, book binder and a variety of robots for patrons to experiment with. A group of creative industry entrepreneurs have formed Makers Artists, Designers and Entrepreneurs (MADE) Lambton to help turn the interest engendered by the Makerspace into careers.

The county’s newest youth education project is the Sarnia-Lambton Youth Skills Connection program, established in 2016. YSC was launched by Lambton College in partnership with the County of Lambton, the Sarnia-Lambton Economic Partnership, Bioindustrial Innovation Canada, the Sarnia-Lambton Industrial Alliance, the Ontario provincial government and over 20 local companies. The program provides training for youth aged 15 to 29 years, focusing on topics such as advanced manufacturing and 3D printing, web and app development, enterprise project management, business development, marketing and sales and advanced tools for crop harvesting and bio-process operations. Once youth clients have completed their training, YSC connects its graduates with industry and private companies for internships and pays for the first two months of every internship itself. Since its founding, the program has served over 150 participants and engaged more than 30 industry partners.

Innovating on an Agricultural Foundation

Sarnia-Lambton is home to the federally-funded Bioindustrial Innovation Canada, and the public-private Western Sarnia-Lambton Research Park, a joint venture among the county, the city and Western University. Each seeks to build on the region’s combined base of petrochemical, chemical and agriculture industries.

The latest project in this area is the Cellulosic Sugar Producers Cooperative. Farmers in the Cooperative have worked with federal and provincial agencies, Western University and private-sector companies to research opportunities and develop a business plan for converting agricultural waste into cellulosic sugars. There is a ready market for these sugars in making multiple products. In 2016, the Cooperative announced that it would partner with Comet Biorefining to build a commercial-scale plant at the TransAlta Energy Park in Sarnia-Lambton. Expected to begin operation in 2018, the plant will produce 27 million kilograms of destrose sugar syrup per year from corn stalks and wheat straw, and the Cooperative has signed agreements with a buyer to use the product in producing personal care products, plasticizers and polymers.

Alongside agricultural innovation, Sarnia-Lambton is focusing on renewable energy sources with the goal of eventually moving away from fossil-fuel-based feedstock. The county launched two initiatives to further this goal: the Sarnia-Lambton Bio-Hybrid & Chemistry Cluster and the Sarnia-Lambton Sustainable Energy Cluster. The Bio-Hybrid & Chemistry Cluster has attracted a number of bio-hybrid chemical companies to begin developing and testing their technologies in the county, leveraging Sarnia-Lambton’s prosperous soybean, wheat and sugar beet farms as ideal sources of crop and bio-mass raw materials for new bio-chemical technologies. The cluster has also worked with Lambton’s increasingly digital farming sector to supplant crude oil and petrochemical feedstocks. To provide state-of-the-art facilities for research in the area, Lambton College established a Center of Excellence in Energy & Bio-Industrial Technologies in 2015 and added a $12m expansion to those facilities in 2016.

Reaching down to excluded communities and up to new technology applications for its heritage industries, Sarnia-Lambton is building an economy that serves not just its industrial center but the dispersed population of its rural areas through the power of broadband.