When An Intelligent Community Helps Defend a Nation

The year 2008 was a good one for the Intelligent Community of Tallinn, Estonia. In recognition of the amazing efforts that vaulted the city from post-Soviet depression to “Baltic Tiger,” according to The New York Times, ICF added Tallinn to its list of the Top7 Intelligent Communities for the second year in a row.

We also honored the X-Road software platform, developed by Tallinn-based companies, with one of our Founders’ Awards. X-Road allows different systems to talk to each other securely and includes development tools that made it possible to develop online services quickly and cheaply. It became the backbone for more than 100 e-government services, from electronic medical records to banking and drivers licensing. 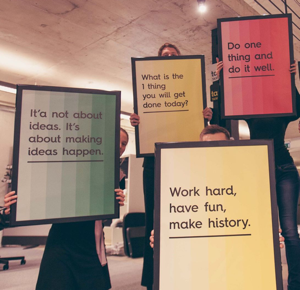 The 2008 awards were special because of something that happened the previous year. In 2007, Estonia became the first nation to experience sustained and systematic cyber-attack. “Its main websites were overwhelmed with traffic from multiple sources in a distributed denial of service attack during a row with Russia over a war memorial,” according to a recent article in The Economist. “The episode crippled the country’s online banking system and came within a whisker of disabling emergency services.”

Software engineers inside and outside government worked to harden its defenses. But they worked on something else as well, and in September 2014, we all got to see what it was. In a test conducted with the help of Microsoft, Estonia moved software, data sets, even the X-Road platform to servers and data centers outside the nation’s borders while keeping it all running. The same ecosystem of software talent that built X-Road came up with a way to literally back up the country to the cloud.

There were glitches in plenty. The test uncovered thorny issues ranging from law and national sovereignty to the fact that too little of the software had proper documentation. But as an exercise in imaginative self-defense in the digital age, it had few equals.

Tallinn has done all of these things. Since 2007, however, it has come to understand something else as well: when you live by the byte, you can also die by it. Intelligent Communities, take note.

About Robert Bell
Robert Bell is co-founder of the Intelligent Community Forum, where he heads its research, analysis and content development activities.
See other pages related to Blog Broadband Robert Bell Tallinn
Share on