No Place BUT Home - Part 1: Socially Distanced but Spiritually Connected

So much for the death of distance. Now it’s “keep your distance or get sick and maybe die.”

Social distancing, a new word and the emotional equivalent of a prison sentence for the innocent, descended on us like a sudden iron gate. Here in New York City, where I live, work and, so far, breathe we are the global epicenter for this Michael Jordan of viral diseases. So, I find myself isolated and weirdly unable to do my most simple, pleasurable social transactions and spiritual exercises. It is not losing access to the big stuff that incarcerates me here. Yeah, the restaurants are closed and the theaters are dark, but the fact that I cannot comfortably take an elevator to the lobby of my own building to talk baseball and gather frivolous gossip with my doormen Willie and Javier is killing me.

Nor can I walk down Third Avenue to get tea (and flirt) with the bright, overqualified workers at David’s Tea. This is a total shame because most are big followers of ICF and listen to our podcasts and inquire daily about our work.

And as lunchtime rolls around, I cannot stroll toward Central Park and Hunter College in the early afternoon to talk about Middle East affairs and small business with my entrepreneurial friend from Iraq, whose Halal food carts dish out the best chicken and lamb gyros on the Upper East Side of Manhattan. He has been expanding his empire on wheels the past two years and now owns additional carts, including one that produces amazing smoothies and healthy juices. In between sliding chopped pieces of scented chicken and herbs onto pita bread, he celebrates the reality of the American Dream. That dream is laced with the dread of a nightmare now.

Normally when things feel darker, I go further south on Lexington Avenue to my parish Church. It is now the season of Lent for Christians, and I had been awakening early to attend the daily first Mass at St. Vincent’s where Father Walter Wagner (you’ll remember him from a series of podcasts we did with him) and the priests and nuns from the Priory begin their day too. No more. No congregating the congregation. I will miss most the shards of multi-colored light that pour through the massive stained glass windows behind the main altar at 8:13 AM each day and nearly blind me.

And yeah, I even miss getting on the Subway and being part of the odd life and harried circus of New York’s Mass Transit system.

But we now need to stay apart to save one another. This is an infodemic as well, and yet I feel that I am working in the blind. The media saturates us with guidelines and marinates us with instructions. (Wash your hands!) Governors, like mine here in New York State, appeal sagely to our sense of trust and community – pleas rarely heard or heeded, but at the heart of civic life. These are part of the treatment, if not the cure. (Have I not been saying this for years?)

Schools, businesses and one out of every three Americans, and an even greater number of Koreans, Italians, Iranians, Taiwanese and others have found that despite a total icing in place of the global economy, the “broadband economy,” as we called it in our first book, is like a holding pattern for a jet. It at least allows things to move until we can return to a soft landing and the next take-off.

There is no Dow Jones Index for social decline, it is said. But distance is the nasty medicine we are being forced to swallow for an indeterminate amount of time. So we use whatever tools we have to remain connected and to function.

There will surely be unintended consequences of all sorts.

New York Governor Cuomo concluded his press briefing today suggesting that we stay “socially distanced but spiritually connected.” It is a phrase worthy of any advertising copywriter. But how? Like a former New York governor, Franklin D. Roosevelt, this one also says that he will give us the hard facts only and tell us when he is sharing an opinion. This one falls directly into the latter. 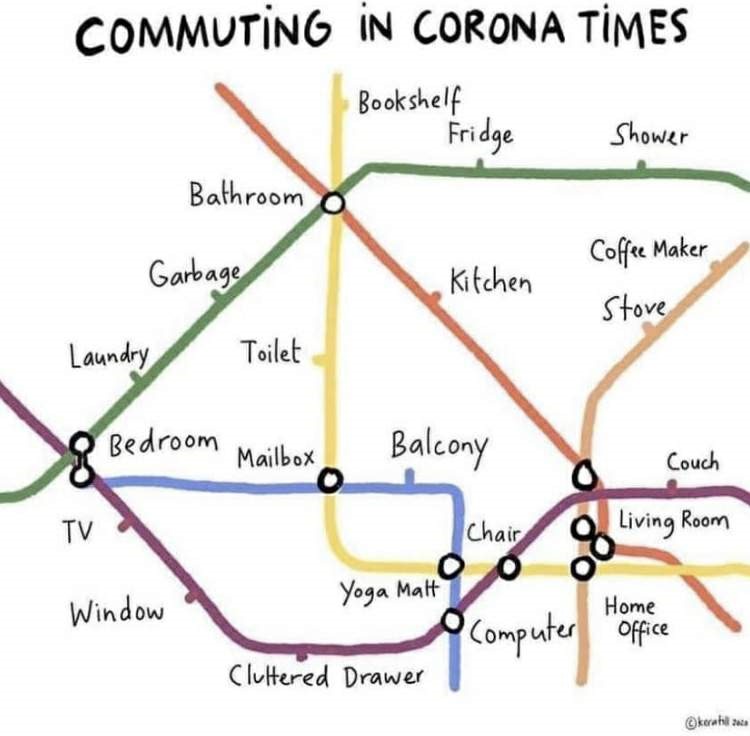 How? “I do not know, but that is the question to ask ourselves.” Indeed.

Over the next few weeks we will explore this and other questions in a new series of videos, now being recorded with our Top7 Intelligent Communities and other experts in the movement. We will find out how the world’s Intelligent Communities are handling the crisis, what they are finding to be useful and what they think will happen next. This blog will also be more frequent, and I will tell you as best I can what my community life in New York is like during this “Netflix Plague.”

Shakespeare wrote a long, long time ago, “We are not all alone unhappy.” If Misery enjoys company – and this is a miserable time – it is only because we do not want to suffer alone. But watch as communities respond, proving once again that there really is no place like home. But once they reopen my favorite bakery, the Halal cart and the Church, I am outta here!

Thumbnail image for this blog post is by Mtattrain