No Place BUT Home - Part 9: The Boards of Madison Avenue

The Big Apple is the wrong name for New York this summer.

No one knows what will come to New York this autumn and beyond. It will not be the World Series, Tracy Letts’ new play or a fraction of our 65.2 million annual visitors. New York will not be as fine as apple pie by Columbus Day or Thanksgiving. These two holidays might not even be around by Christmas! Without its theaters, restaurants, museums and the everyday energy of vendors and street life, New York is a harsher, more hollow place, and no place for epicureans hungry for its unique slice of American culture.

What New York will be from this moment forward is not clear. This may be true of most places. What they must now think about is how to become more intelligent. Less indoctrinated and more sensitive to a need to preserve the greatest material gift everyone shares: the place we live in together. Home.

The Big Mountain is a better name for New York because we have a biggie to climb. While ascending it, we are going to find more hard curves to bend. But having watched dozens of cities do it and climb back over the years, from Sunderland and Dundee in the UK to Taichung and Hamilton – not to mention New York 20 years ago – the path is forward. Here in NYC, we need to reclaim the feeling of it as a safe space. And that often begins with our routines.

I have heard from many that, since COVID, it is getting hard to remember the day of the week. It is true. Our patterns have been disrupted and what has settled in feels, at best, like a toothache. Though busier, our monotony is like a soldier’s. It is a quiet dread punctuated by bad news or even violence. The violence has been done to our psyche. It is the shock that abrupt change causes. For many, the past four months came too fast and went too far without leadership and clear goals.

I like turbulence. I do. I like a rough sea and uncertainty. My inner compass and experience tells me it is part of life. I am not afraid of a crisis, but I fear it for others. What I feel bad about is the disrespect of the physical ground we walk. What I miss is the ability to travel to familiar conferences and cities, the regular meetings in our Manhattan office and my weekend ventures to the Metropolitan Museum, off-Broadway theaters, my restaurants and Mass. Much has been made that much has been replaced by Zoom or Teams or Skype. But “Zoom Fatigue” sets in far more quickly than we think. It is part of that dissatisfaction we feel.

During the worst of COVID, I was uplifted when I heard the jingle of the Mr. Softie truck, the only sound on the streets after they emptied. Was I happy that Mr. Softie was helping the economy stay afloat? Not really. Zoom was doing that more efficiently. The sound of Mr. Softie was the sound of community. It reminded those of us who survived the first wave that continuity would return and that ice cream was still here. Yale professor Nicholas Christakis wrote in his book, Blueprint: “When you put a group of people together, if they are able to form a society at all, they make one that at its core is quite predictable.” Kids dragging their parents, mask on, to the side of the Mr. Softie truck was a return to the predictable.

We are now in need of what Professor Mel Horwitch calls “micro innovation,” which is social innovation inserted surgically and sustainably. If you listen to what the shattering glass told you, as we have been doing on our “No Place BUT Home” videos, you hear emerging forms of innovation. Innovation can comfort because it provides a weapon against the shock of a crisis. And it arrives in odd hours, like grace.

Since I last posted, New York State has gone from an unbearable, traumatizing Easter and Passover to something short of a victory dance. Yet because of the uprising, lootings and “cancel” efforts that followed, the dance ended. Possibilities for innovation went sour.

Shootings in New York are up 166% The lingering image of a boarded, threatened Madison Avenue and the mile-long path of shops and sidewalks I walk every night after dinner still pisses me off. A few days before the City re-opened, Madison Avenue was boarded and closed after two nights of violence. The boards on those stores, where real people work and prosper, were symbolic of the new mountain. While many are re-opened, we do not know how many will succeed.

Yeah. We are in a new place, one where the ICF Method and conversation is more necessary than ever.

So, where is that place leading? New Yorkers did their job. An amazing one. I felt part of a community that responded by being smart. We lowered the transmission rate of the disease. I arrived at an awareness of “essential workers.” The Bronx became the “Essential Borough.” People we thought we knew, or perhaps were too busy to know beyond the nod, showed up to feed, heal and ensure continuity.

What can I do to thank them? Stuffing tip jars seems the minimum. How about finding a way to build something new and good?

Finding ideas to build on is where my head is at. Providing broadband and a better infrastructure equitably, forever the core of the ICF Method, has a new urgency. Our new reports lay out how others do it. Best practices are redemptive.

As we start ICF down a new path in a new moment, I only know what I know and am looking to see what we need to know. That is always where the future hides behind the boards.

Time to jump in! 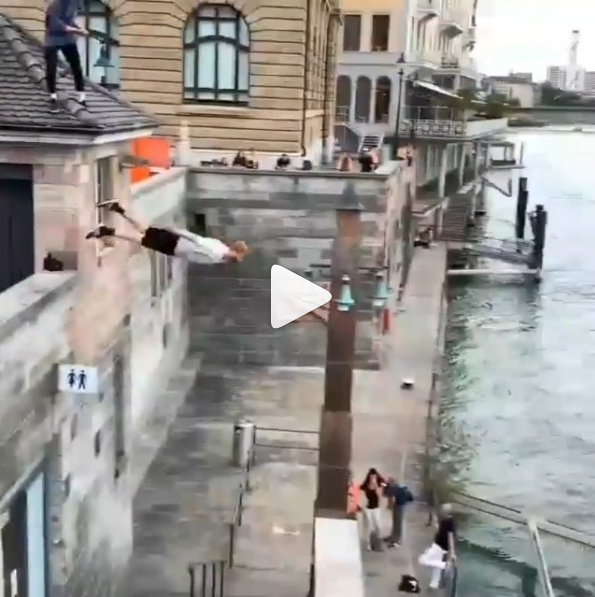