Property Developers of the World: You Have Nothing to Lose But Your Enemies!

If you are a property developer in a big city, I have bad news. Nobody likes you.

Okay, maybe I exaggerate. Maybe your family likes you. Perhaps your dog looks up to you. But nobody else does. And why should they? You are filthy rich. You control the places the rest of us live and work. Politicians fawn on you and bend the rules for you. Did I mention you’re filthy rich, too?

Fortunately, Mr. and Ms. Property Developer, there is a way out. You can learn from the example of Porto Maravilha (“the wonderful port”) in Rio de Janeiro, which I saw during my site inspection of this Top7 city. This was the city’s original seaport on the edge of the city center. By the end of the last century, it was a derelict district lying in the shadow of an elevated highway that walled off the city from the water. The administration of Mayor Eduardo Paes began planning its renovation in 2010 and completed demolition of the highway in 2013. Funded by the sale of land and air rights to private developers, Porto Maravilla expects to complete major infrastructure work by 2025 and to be fully built out 35 years later. 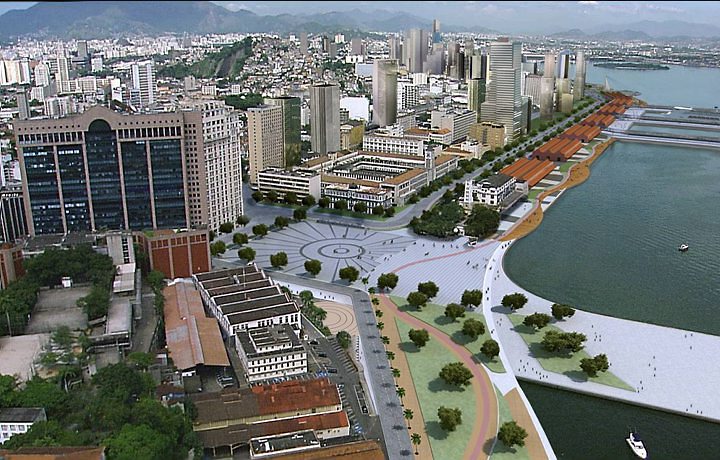 A lot of the project is exactly what you would expect: high-rise condos, office buildings, art and science museums, green space and a 3-kilometer promenade overlooking the water. The architect’s renderings are beautiful, and I’m sure it will be a magnet for cariocas (Rio residents) and a thriving addition to the business district. But the remarkable part of the project is how it honors the history and people of the place.

Seventy percent of the 5 million square meters under development consists of heritage buildings. Rather than tearing them down, the project will renovate them one by one and turn abandoned ones to new uses, from galleries and restaurants to new housing. Excavation has revealed what archaeologists believe to have been the world’s largest slave market, and efforts are underway to preserve and memorialize it.

More important than heritage, however, are human beings. The port district is home to the first favella or slum in Rio, rising up on the banks of one of the sudden mountains that snake through this remarkable city. The project wants those residents to stay where they are, and to take advantage of the development to permanently improve their lives.

For a start, there will be no condos or office buildings rising on the favela’s land. Instead of seeing their homes demolished, residents are being asked to advise on where new healthcare and social services facilities should go. Gentrification is probably inevitable, but the city is offering current property owners forgiveness of back taxes and fees to encourage them to invest in upgrades rather than selling out.

Most significant of all are the skills training and career consulting that are preparing residents for jobs in construction and the start-up of micro and small businesses. The project will need hundreds of thousands of workers and generate huge demand for local support services. For residents with skills, that is a golden opportunity for a better life for themselves and their children.

The project’s chief executive told me that this massive and complex construction project is simple compared to the complexities of working with residents. But he seems passionately committed to seeing it through. Plenty of money will be made by plenty of property developers on this 50-year project. That’s good for them and the city. What they will not be making are enemies among the people who live there. And that is even better.

About Robert Bell
Robert Bell is co-founder of the Intelligent Community Forum, where he heads its research, analysis and content development activities.
See other pages related to Top7 Blog Robert Bell Rio de Janeiro
Share on