Planning for a Disruptive Future

The work of the city builder is both art and science. Whether that city, suburb or county contains two thousand or ten million people, it benefits from having a plan.

Good urban and rural planning includes considera­tion of infrastructure, of the efficient use of space and of mobility in all its forms, from car and rail to walking, biking and cable cars. It covers transit-related development, urban intensification, open space and parks as well as environmen­tal sustainability. It considers how to create memorable spaces and conserve heritage, how to integrate buildings and neighborhoods within an urban, metropolitan or rural land­scape, and where exactly people fit into the grand design. Ultimately, it is about providing clarity on the goals of the community and offering confidence to investors that the development risks they take can achieve a reasonable reward. 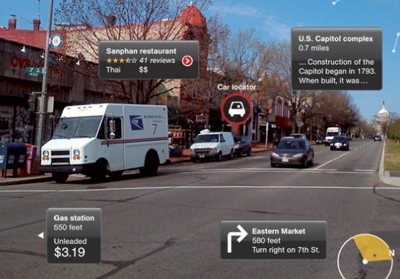 The ICT revolution, which has upended business, the economy and culture, has also presented revolutionary challenges to planning. The nature of a place is no longer just about its roads and rails, power and water, green space and entertainment. It is about the quality of the invisible digital web of sensors, information and services that overlays the physical space.
That digital web renders obsolete some of the physical infrastructure we have long depended on. In 2014, the City of New York issued an RFP to retrofit 10,000 public phone booths into Wi-Fi hotspots because most people stopped using what used to be important communications infrastructure.

It changes how people use physical infrastructure. Leading-edge transit agencies from Brazil to Taiwan monitor social media closely, because it helps them identify service problems that would otherwise go unnoticed. After fixing the problems, social media monitoring also tells them whether the solution worked.

Digital technologies also create new ways to engage the public in making decisions about the future shape of the city, suburb or county. Important questions can be pushed out for response to citizens and businesses by mobile text or app. Sophisticated digital modeling can present compelling visions of the future and invite viewers to weigh in with opinions and suggestions. By meeting citizens in the online world they live in, planners stand a better chance of making plans that work and seeing those plans adopted.

Revolution and Renaissance from the Top7 of 2015

There is much to learn from the Top7 Intelligent Communities of 2015. We share their stories of planning for a future of disruption in ways that lead from sometimes revolutionary change to a sustainable urban and rural renaissance.