Tallinn is the first Estonian city named as Intelligent Community of the Year and the second European community to be named in three years, following Espoo, Finland in 2018.

“Having visited Tallinn during several of its six Top7 site visits since 2007 and privately as a tourist with my family, I was able to witness first hand this community’s amazing progress leveraging its innovative enabling technologies for improvements to Tallinn’s economy, culture and its quality of life. Congratulations to Tallinn after fourteen years of continuous improvement to become the 2020 Intelligent Community of the Year,” said John G. Jung, ICF’s Chairman and Co-Founder.

The City Manager of the USA’s Dublin, Ohio, Dana McDaniel, made the announcement that Tallinn had been named. Mr. McDaniel led Dublin to two Top7 placements and is one of three Lifetime Achievement award recipients from ICF.

The 2020 Global Summit was the first-ever virtual ICF Summit, hosted by Dublin, Ohio. This year’s event began on October 21 and concluded with today’s Awards Ceremony. It featured seven days of programming, including economic roundtables, master classes and conversations with each of the seven finalists for the award. The other six finalists competing with Tallinn for Intelligent Community of 2020 were Adelaide, South Australia, Australia; Hamilton, Ontario, Canada; Hudson, Ohio, USA; Markham, Ontario, Canada; Sunshine Coast, Queensland, Australia; and Westerville, Ohio, USA.

More about Tallinn: the 2020 Intelligent Community of the Year 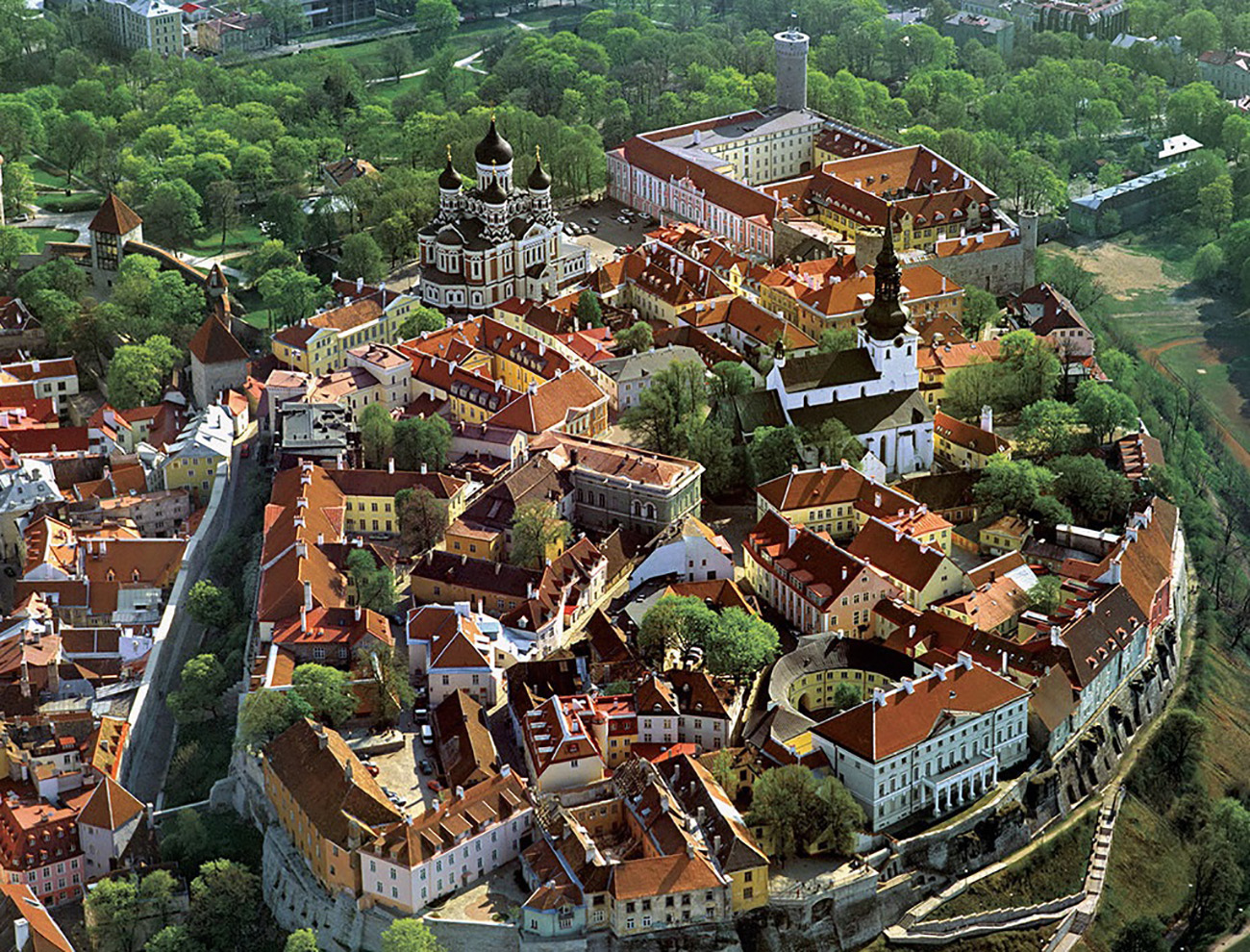 Tallinn’s first wave of IT industry growth was driven by national government spending on an amazing range of e-government applications. Its return to growth has a more sustainable basis in education and entrepreneurship. With 23 universities and technical schools, Tallinn has the resources for a knowledge workforce; it has focused now on expanding access and filling demand for ICT and digital content skills.
From 2007 to 2011, Tallinn Technical University doubled participation in lifelong learning programs. The city is expanding public access computer sites and training programs for the disconnected, while a public-private project called EstWin will extend 100 Mbps broadband throughout Estonia by 2015.

Beginning in 2018, Tallinn has hosted an annual festival of education: iduEDU. At the festival, schools, kindergartens and hobby schools in region share innovations and new study methods they have developed with each other and with their students' parents. Private companies often attend the festival, where they introduce new technologies that may be useful to schools and give advice on their success stories and startup challenges. These companies provide contacts in the private sector for future collaboration with the local school systems and sharing ideas on what skills will be most valuable to the future workforce. iduEDU also includes a showcase of new adult learning solutions.

Based on the success of iduEDU, Tallinn has introduced #EduInnoLab ICT Innovation Laboratories into area schools. These competence centers focus on particular areas of ICT innovation in education, seeking new ways for the government to support schools, encourage testing and implementation of innovative learning methods and share particularly innovative schools’ methods with others.

To support local startups and attract talent from beyond Estonia’s borders, Tallinn and its educational and business partners have launched multiple incubators targeting creative services, medical and biotech, mechatronics, and ICT. Europe’s first gaming accelerator opened in Tallinn this year, and its Ülemiste City industrial estate is expanding 50% to house 250 companies, making it the Baltics’ biggest knowledge-based development.

Established in 2012, Tallinn’s Prototron competition aims to help new startups grow and thrive through prototype financing. Competition applicants include individuals and businesses with projects from all fields, including green tech, digitalization of industry, new materials, health-tech and fintech. Each year's winner receives 35,000€ funding for their prototype in addition to the valuable training, advice and useful contacts they make at the event. Since its founding, Prototron has hosted a total of 64 teams with over 700,000€ awarded for prototypes.

When the crisis struck, Tallinn moved fast to launch aid packages to get residents and companies through the bad times with their skills and ambitions intact. The value of the city’s short-term response and its long-term strategy will be proven in coming years.