The first science park in Taiwan, Hsinchu Science Park, was established in 1980 in Hsinchu County by the National Science Council. Its purpose was to attract international technology talent, drive traditional industrial transformation, encourage industry update, enhance international competitiveness of products and stimulate economic growth. Today, its 520 companies employ over 150,000 people and generate US$30 billion in total revenue. They specialize in fields ranging from IC design, LCDs and solar cells to the Internet of Things, Big Data, cloud and 4G wireless technologies. In addition to driving the overall economic development of Taiwan, Hsinchu Science Park has improved Taiwan’s education direction, attracted many international companies to invest in Taiwan and aided in the development of the Hsinchu County region. Other Science parks in the region include Tai Yuen High-Tech Industrial Park, Taiwan's first private industrial park, which is home to 250 companies with a combined annual output of US$15 billion. Zhudong Anime Park opened in 2015 to host exhibitions of art from Taiwanese comic artists as a tourist attraction and to help stimulate a cluster of artists and animators that were originally formed after the movie, Life of Pi was developed in Taiwan by Taiwanese born American director, Ang Lee. 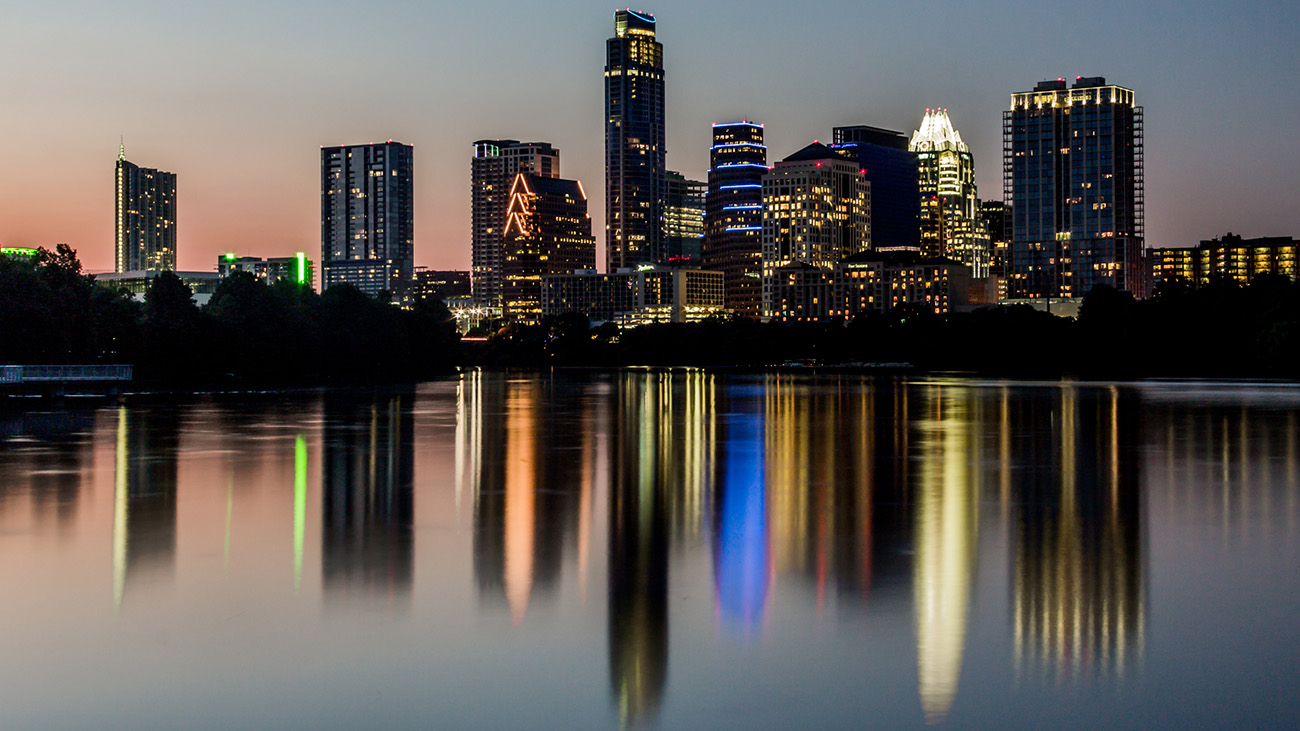 In the late Eighties, fourteen semiconductor manufacturers and the US government created a partnership called SEMATECH to solve common manufacturing problems.

The selection of Austin as its headquarters sparked a technology boom. Growth was so robust for so long that the Austin economy began to look recession-proof – until the dot-com collapse of 2001 tripled the unemployment rate.

In response, city government partnered with the Chamber of Commerce on a long-term economic development strategy that led to a nearly $6 billion increase in regional payrolls over five years. A second five-year plan launched in 2010 seeks to add another $11 billion. Austin's successful tech companies – including such major names as Freescale, Samsung, Facebook, eBay and Altera – are bolstered by rates of Internet access far exceeding US averages, a highly educated workforce and the presence of multiple universities. But achieving the 2015 goal will take more than repeating the past. 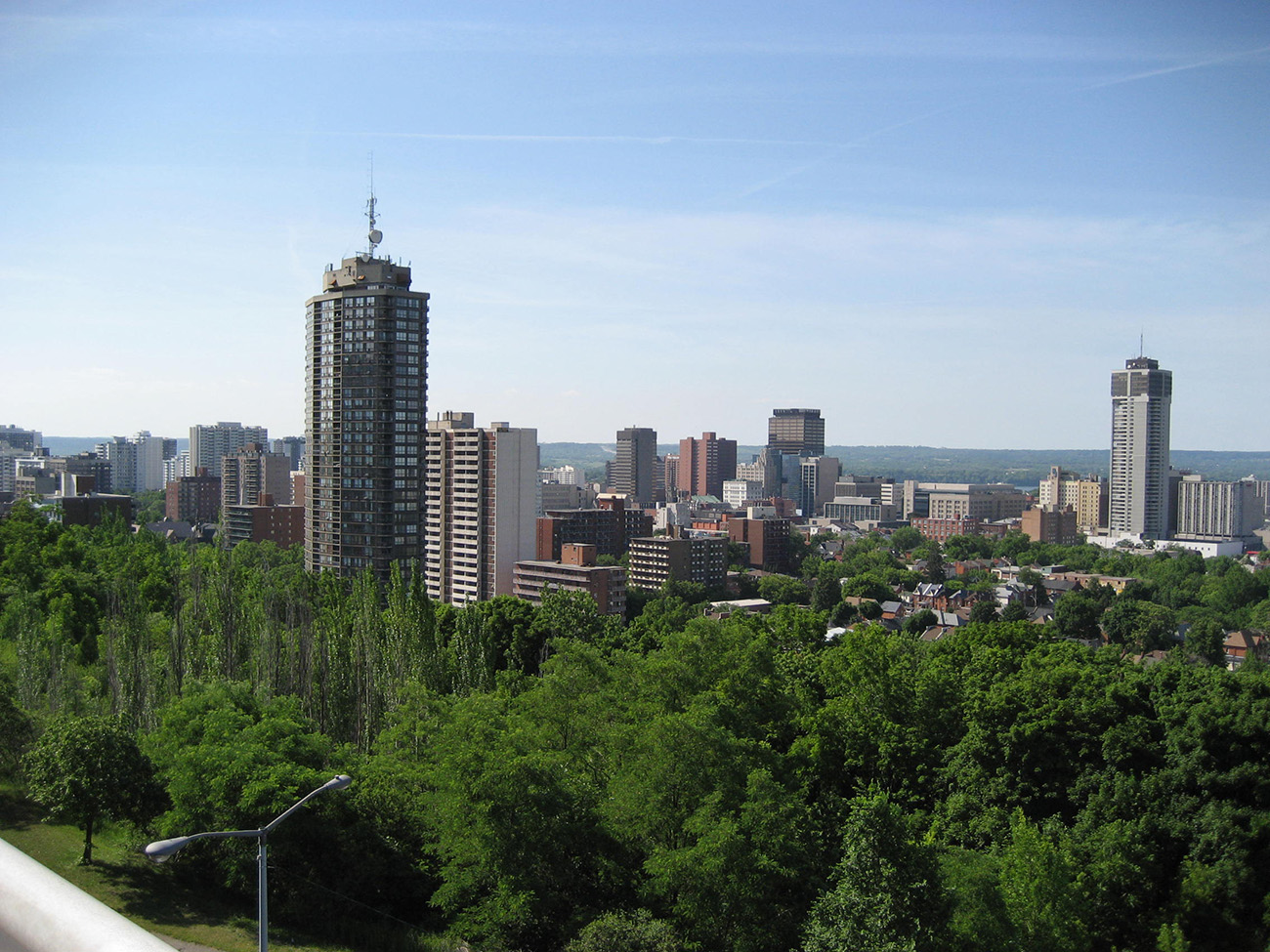 The Golden Horseshoe is the region that bends around the westernmost end of Lake Ontario in Canada. At the center of the horseshoe’s curve is Hamilton, a city of 520,000 known for industry, education and cultural diversity, having the third-largest foreign-born population in the country. Located 70 kilometers southwest of Toronto (the 2014 Intelligent Community of the Year), Hamilton was once known as the Steel Capital of Canada, producing 60% of the nation’s steel. It is also a successful lake port city and operates an airport that saw passenger traffic grow tenfold from 1996 to 2002. A 30-year economic development plan begun in 2003 set the goal of creating a massive aerotropolis industrial park around that airport to capitalize on its success.

Being an industrial city in the broadband economy, however, has its challenges. Its biggest steel producer nearly went bankrupt before returning to profitability in 2004. It subsequently sold out to US Steel, which decided to close its Hamilton operation in 2013. 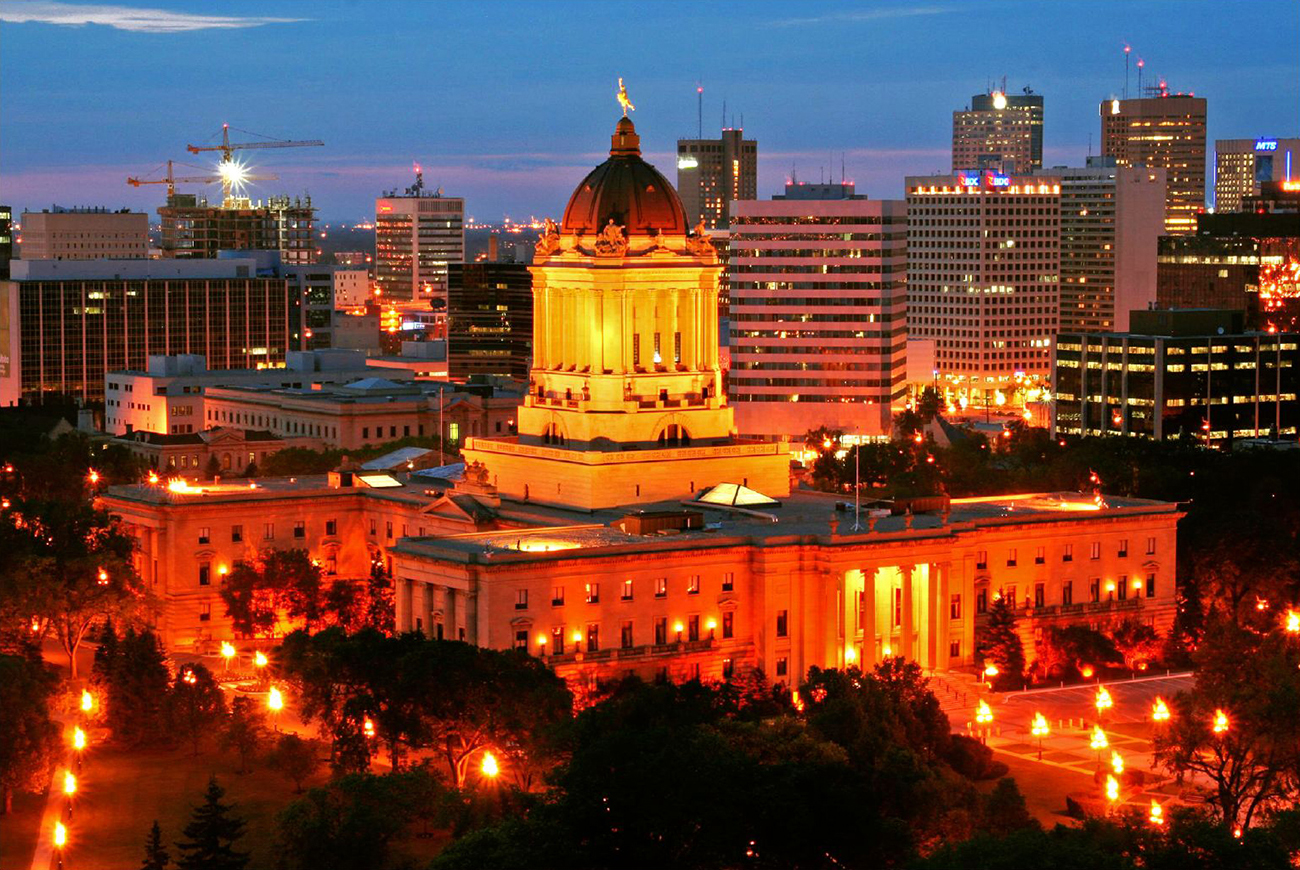 Located at the midpoint between East and West Coasts, Winnipeg is the capital of a province rich in agricultural and natural resources. In the 21st Century, the city is pursuing economic growth by better connecting industry and education, while better equipping its large aboriginal population for opportunity.

Internet service in Winnipeg has long been plagued by high latency, high transport costs and frequent failures due to being routed through other provinces and even parts of the United States. To address these issues, four local businessmen began the non-profit Manitoba Internet Exchange (MBIX), the area’s only local IXP, in 2011. The exchange became operational in 2013, with initial members including Les.Net, Rainy Day, CIRA, Global Service Centre, Akamai International, Hurricane Electric, VOI Networks Inc., Adam Thompson and Packet Clearing House.

The capital cities of states and nations have an unfair advantage. Businesses that sell to government tend to cluster there. The business of governing also dominates their economies and, generally speaking, government responds less to the economic cycle than business. Good times may not be as good but bad times are eased – in fact, demand for government services typically rises in a recession.

Ottawa appears to be an exception to the rule. Three times in the past fifteen years, it has passed through recessions that tested the foundations of its economy. But each time, Ottawa has adapted, rallied and emerged more dynamic than before.

Canada's fourth largest metro area, Ottawa went through its first downturn in 1995. Faced with a major budget deficit, the national government downsized and devolved many functions to the provinces. Thousands of former government employees were suddenly looking for work. Fortunately, they found it in a set of communications technology companies started in the 1990s that were growing into multinationals, including Newbridge Networks, Nortel, Cognos and Mitel.

Kazakhstan became an independent nation in 1991, following decades of Soviet rule. The small provincial city of Astana became its new capital six years later. Since then, Astana has rapidly swelled in population, reaching 877,000 in 2016.

Kazakhstan is the size of Western Europe but has a population of only 18 million. Its capital city rises from the plains, full of signature buildings funded by the country’s rich resources of oil, natural gas and high-value minerals. Over the past 16 years, the city has absorbed $30 billion in investment and seen its gross regional product expand by 90 times.

Investment has gone into more than bricks and mortar. A free Wi-Fi network, launched in 2011, serves 26 public areas of the city with up to 10 Mbps per user. It is accessed by a half million unique users per month. As with most Wi-Fi systems, however, service quality is uneven, and the city encourages users to leave reviews on a tech support telephone number to help government identify problem zones and target them for upgrades. The city bus network uses 3G to connect Wi-Fi hubs on its buses, which attract more than 1,000 users per month. 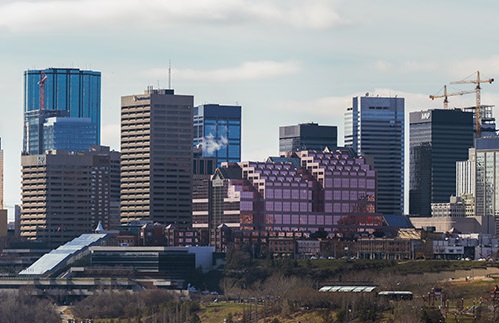 In the life of a community, too much of a good thing can be as bad as too little. The city of Edmonton lies close to one of the largest oil deposits on Earth, which has created a foundation for prosperity but saddled the community with major challenges as well. The resource boom has swelled Edmonton into the youngest major city in Canada with the most diverse population. It has also created housing shortages, homelessness and a range of social ills. And when oil boom turns to oil bust, the challenges mount higher. To create a new economy on top of the oil-driven present, Edmonton has built the infrastructure of the new century and engaged its institutions in translating that infrastructure into a new source of prosperity.

In Edmonton, as in many cities around the world, broadband speed and coverage were driven solely by telecommunications providers, leaving underserve pockets and creating a digital divide. To combat this issue, the city created the Open Access Initiative, which commits Edmonton to partner with providers through partnerships to spread broadband access throughout the city.

With its record low unemployment and a rapid rate of growth, Vancouver is enjoying good fortune all around. Its technology industry, especially small businesses, are outpacing the number of workers available. A new private-sector based broadband wireless initiative will support a comprehensive technology plan and its website won a “Best e-Government” award from the UN which will help the community absorb the activity surrounding its hosting of the 2010 Olympic Games.