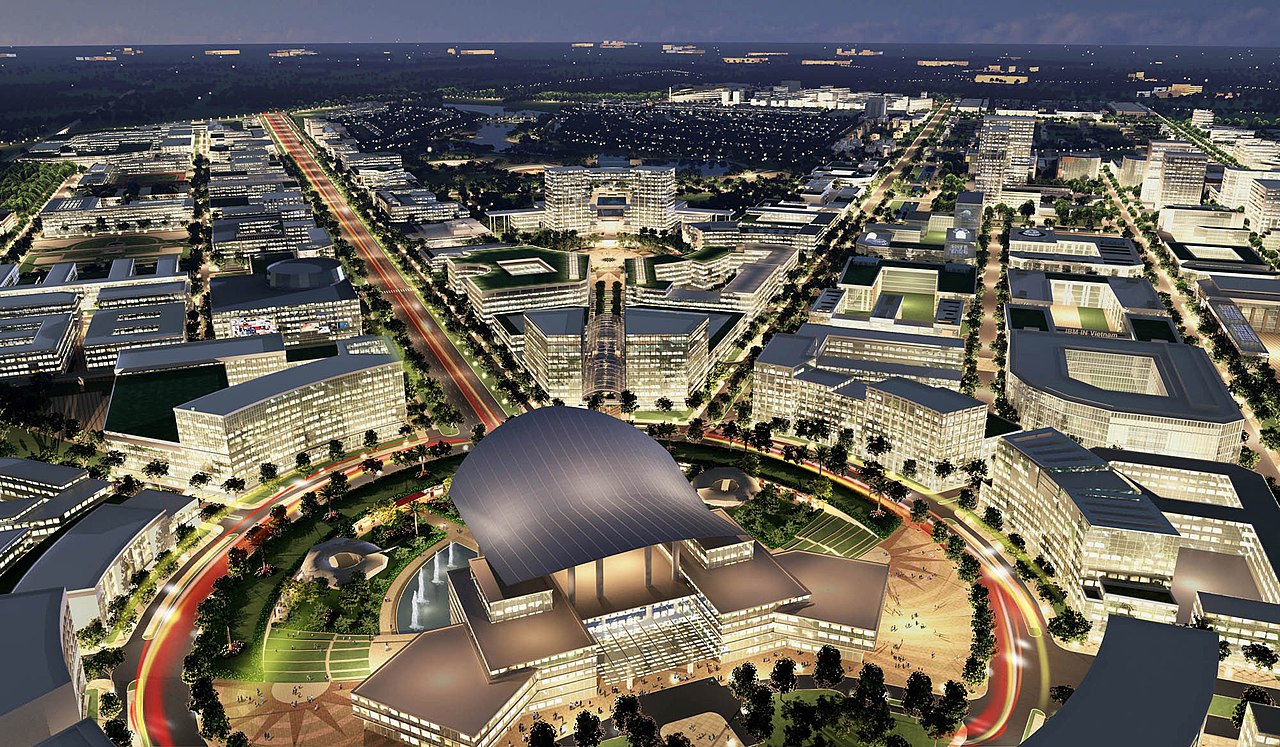 The Binh Duong region has historically limited fixed-line infrastructure when it comes to broadband access, and investment costs for expanding it are high. The city has met this challenge by focusing instead on free, public WiFi networks. All government buildings in Binh Duong Smart City, as well as most public and private university buildings, colleges and high schools provide open wireless networks for their staff, students and visitors. Citizens living in more remote areas with limited access can make use of these public hubs as well.

In addition to providing WiFi networks in government and educational buildings, Binh Duong Smart City also has free public WiFi on all buses of the Becamex Tokyu system, which provides transport in and around the central province. The service is widely used already, with upwards of 50 passengers per bus connected to WiFi via their smartphones on a standard trip. Public spaces in the city have also begun providing free WiFi, including supermarkets, restaurants, coffee bars and parks.

While it continues to expand its public WiFi network, Binh Duong has also begun work on a glass fiber network to connect the city's many industrial parks. The city began installation of the glass fiber backbone in 2019 with the help of a collaboration between the regional telecom company VNTT, which provides services in Ho Chi Minh City, and Japanese provider NTT. This partnership allowed Binh Duong to design its glass fiber structure based on Japanese standards, improving broadband speed for the whole city once the project is completed.

As in many developing countries, Binh Duong Smart City faced difficulties attracting industry outside of cost-driven manufacturing, as well as backlogs in technical equipment within schools and new businesses. To combat these troubles, Binh Duong Province and Becamex Industrial Development Company (IDC) reached out to Brainport, Eindhoven for advice. Thus began the Binh Duong Smart region project, aimed at accelerating Binh Duong’s economic growth in a sustainable way by implementing the triple helix model of collaboration between industry, government and universities.

Binh Duong Smart City is home to a growing number of Techlabs and Fablabs located in schools, universities and vocational colleges around the region. These labs collaborate closely with industrial partners and Binh Duong’s Department of Science and Technology. Techlabs are locations for practical education in the latest technology, including up-to-date equipment provided by industry partners. They also provide a space for joint research projects between universities and schools and local industry employers. Binh Duong’s Techlabs include a lighting lab at Eastern International University, a mechanical electrical lab at Vietnam-Singapore Vocational College and an ICT lab at Thu Dau Mot University, with a robotics and intelligent systems lab, a power electronics system lab and a data analysis and artificial intelligence lab in the works.

Fablabs are small-scale workshops that offer access to digital fabrication technologies and equipment. They are open to everyone in the community, including students, adults, small businesses and organizations. These spaces provide an environment for clients to test new ideas and prototypes with access to all the needed equipment. Eastern International University in Binh Duong Smart City is currently home to the Becamex Fablab, a collaboration between the university and Becamex IDC, which boasts working spaces and equipment for 3D printing, 3D scanning, laser cutting, laser engraving, CNC and a variety of other hardware, mechanical equipment and tools. Other Fablabs are planned at schools and community centers throughout the region.

Binh Duong's Department of Science and Technology is now in the process of building the Binh Duong Innovation Hub. The hub will be centered in a historic building in the local community of Thu Dau Mot, which is now being renovated for this purpose. The Binh Duong Innovation Hub will to house a new startup incubator center, an official Fablab and a ‘Tech Playground,’ a permanent facility for STEM education.

The access points provide a website portal for accessing local scientific and technological information, technology markets and equipment via the Internet and both local and international information sources. This portal allows farmers to easily locate the information most relevant to their land and situation. The access point staff also provide training courses for local farmers with a focus on accessing and exploiting websites related to prices and commodities, consumption markets, models for raising livestock and plants and other useful resources. Forty-five of these training courses have been completed to date with 900 farmers participating throughout the region.

While developing infrastructure and training programs, Binh Duong Smart City has also focused on its most important resource: its people. The city promotes information about its Smart City projects to the whole region via local and regional newspapers, websites and national television channels. Beginning in 2016, Binh Duong has organized and hosted the Binh Duong Smart City Summit, an international event aimed at raising awareness of the Smart City concept among authorities, businessmen, students and citizens of the region while demonstrating Binh Duong’s economic and social value to the region on the world stage. The 2016 and 2017 summits featured keynote speeches by thought leaders in Binh Duong and international industry and educational leaders, a live exhibition and a 24-hour hackathon with 50 student teams participating.

The 2018 Binh Duong Smart City Summit has expanded and will be co-organized by the Korean City of Daejon and the World Technopolis Association, as Korea is one of the major investors in Binh Duong’s industrial development and Korean companies are some of Binh Duong’s largest employers. The yearly hackathon will become a “Creative Ideas for Smart Cities” contest, inviting student teams to present ideas that promote innovation and social improvement. Ninety-six teams from 22 universities in Vietnam, as well as 26 teams from other Asian countries, participated in 2018. After the successful collaboration, Binh Duong has been invited to join the international WTA network and host the 20th annual WTA event.

Binh Duong in the Pandemic

Guided by experience with the SARS and MERS epidemics in Asia, Vietnam responded to the COVID-19 outbreak quickly and proactively.  By February 2020, most companies and institutions required staff to work from home and banned travel.  International flights were suspended in March except for repatriates, diplomats and other officials with mandatory quarantine periods.  Schools and universities were closed down for four months, as well as the bars and restaurants where so much virus transmission has taken place around the world.  As of April 2021, Vietnam has experienced fewer than 2,700 cases and 35 deaths from COVID.

In 2020, Binh Duong was one of the fastest growing provincial economies in Vietnam, which itself was a world leader in economic growth.  With the pandemic slowly loosening its grip on the world, the Binh Duong Smart City expects to return to growth, making their way toward a bright future for the region and beyond.