An update on the ICF Summit – June 4-6 in London

Since the start of the new year, partnerships have continued to fall into place for the ICF Summit in London.  The Summit’s organizing group, NextGen Events, reported that Total Telecom is an official media partner of the event. Total Telecom is a media organization which reports on telecom trends and news from and in the UK.  Recent reports include one on broadband gaps in the UK and elsewhere.  https://tinyurl.com/y8hq2rtq

It was announced that Andrew Carter, the CEO of the UK-based Centre for Cities, will be one of the speakers at the Summit.  Mr. Carter will speak on the ICF’s annual theme, which is also guiding much of this year’s content development and thinking, “Humanizing Data.” 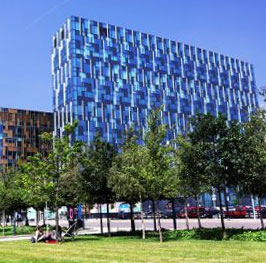 Digital Greenwich, the organization established by  The Royal Borough of Greenwich to take forward the borough’s smart city strategy will also be a Summit Partner in June.  http://www.digitalgreenwich.com/ Digital Greenwich’s offices across the Thames from the Siemens Crystal City facility will also be a host site for several Summit activities.

Toward better understanding the “Humanizing Data” theme, and to better understand the difference between “Smart Cities” and “Intelligent Communities,” and also a cautionary note about digital technology, we suggest that during the week you take a look at Group Intellex’s David Brunnen’s new blog post, “Unintended Consequences.”  Mr. Brunnen heads the ICF Summit Organizing Committee and you will see him all around the London event!

Another voice worth listening to is from a representative of an 800 year-old community.  Walter Wagner, O.P., is a prior of the Order of Preachers, a Dominican order of priests, brothers and nuns tasked with preserving a rich tradition of advocacy while engaging fully the people among its parishes and neighborhoods in the heart of Manhattan!  Father Wagner’s insights on how to function fully and confidently, how to take risks and to remain centered despite the velocity of  digital age explosion can be heard on my podcast, The INTELLIGENT Community.