The price of freedom in any culture, society or community ultimately comes down to the cost of people being able to make the right choice for themselves and for future generations.

A Supreme Court justice once said that, while the USA’s Constitution was inspired, it did not come with a guarantee that people and places would automatically prosper. It ensured that the people, of whom the government was for, would be protected to make any choice they sought best.

At ICF we turned that phrase around by declaring that, “If places want to prosper and get on the path to prosperity and stability, we will show them a method for doing it.”

But it can be Hell to get there.

Yet boasting of our afflictions, as St. Paul or any wise teacher will remind you, is often the first step toward getting on the path to heaven. At the end of the ICF rainbow, we always hold out the possibility that a community can win the ultimate prize - AND EVEN become the Intelligent Community of the Year! That’s right, the prize is NOT the thing. The ultimate prize is the success of their effort being presented to future generations through the retention of citizens and the foundation for growth now and into the future.

For Taoyuan, Taiwan the Ultimate Prize was long ago theirs. The Intelligent Community of the Year award in June 2019 was simply a final verdict by the court of jurors and analysts who agreed that, yeah, this place really has it all together now. 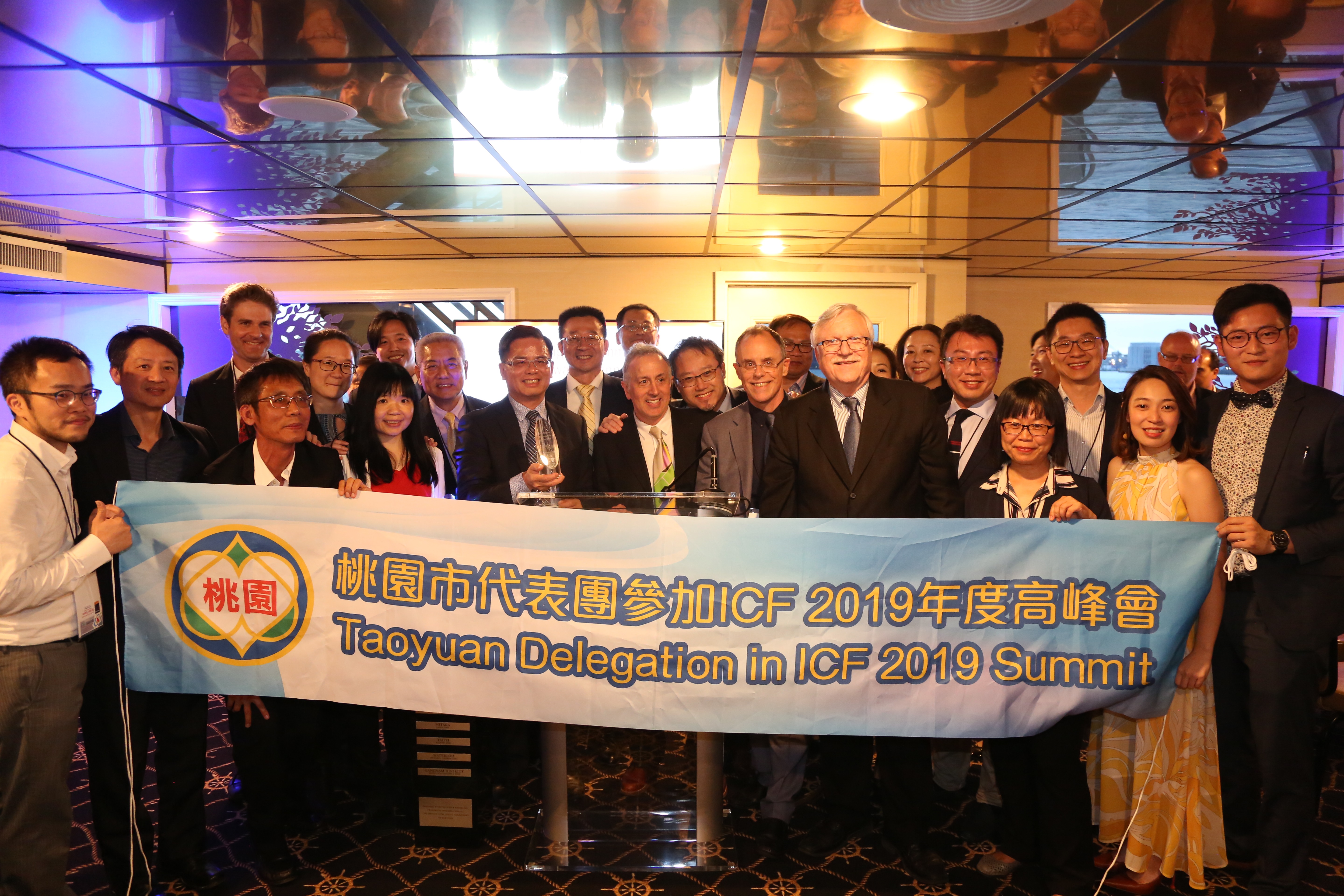 But human nature being what it is, the competition for our award takes on the characteristics of not simply measurement, but also public reward and civic ego.

People love a competition and the best thing about competitions, as any great athlete (or fan) will tell you, is that you ultimately come to the realization that the greatest victories come when you stop competing with others and start competing against yourself.

And there is no greater foe.

As we gather in Rochester, New York to once again begin an awards cycle that kicks off with the selection of our new group of 21 semi-finalists for the award, we are happy that Taoyuan will be the conference’s guest of honor. What a program we have planned for you.

There will be many stories told, including mine. For this is my home region. The place that planted in me the seeds to launch ICF with my colleagues.

But of all the stories, including mine, Taoyuan’s story is amazing to anyone who appreciates the persistence of going down a long, difficult path.

It would have been perfectly understandable if, after 11 tries and 4 times in the Top7, the city that lived in the shadow of Taipei and past Intelligent Communities of the Year would have said “enough,” and sat it out for a few years. Many do this and return retooled and improved. Some simply take what they received and drop out of the Awards Program altogether yet remain an Intelligent Community. They continue to work the process of development and improvement for citizens’ benefit but decide the pain of not being named #1 is not worth it. Others pack up and go home. We honor them, but there is also a word for them.

But Taoyuan, Taiwan did not do that. They looked at the finish line 11 times and said, “Here we go . . . again!” Thus, they combined the constant improvement inherent in the ICF Method with the public relations benefit of landing in the Top7 and then on Top.

I can say that of all the sounds I heard while sailing beneath the Brooklyn Bridge on a cool, breezy night in New York Harbor in June – in a raucous room filled with peers from cities around the globe networking and celebrating the rebirth of cities and waiting to see who among the seven would be named the top one – the sound that remains in my ears and in my mind was the one I heard as the room started to shout “Taoyuan, Taoyuan!” after the city was named and the delegation – happier than a Yankees fan winning the World Series – smiled wide.

One of the cities in that room was a two-time Smart21 city, Rochester. They were so excited about being in this cluster of great peers that they extended an invitation to ICF to come to the Finger Lakes Region of Upstate New York to see what had taken place in a city that, to many, was given up for dead when Kodak collapsed and 30% of its citizens left town.

But the Rochester Institute of Technology and the University of Rochester remained. So did tech entrepreneurs in industries such as photonics. The challenges of their poverty and racial struggles were not hidden, but the community did not go down. These are the places close to my heart.

When we get to see the Rochester Institute of Technology’s MAGIC Center on the night of 21 October we will be looking at a “selfie” of how entrepreneurship, research, and intelligent tech are anchoring the city’s return from Hell to a much better place.

The next night, with Taoyuan watching and receiving a small, original painting from a local artist titled, “The Pathway Home,” 21 cities will head down the path with some even willing to wait 11 years if it means the result is a great city. A Taoyuan, Eindhoven, Espoo or Columbus, Ohio.

Taoyuan will be there to let them know that their path has been cleared. Their afflictions can be boasted about.