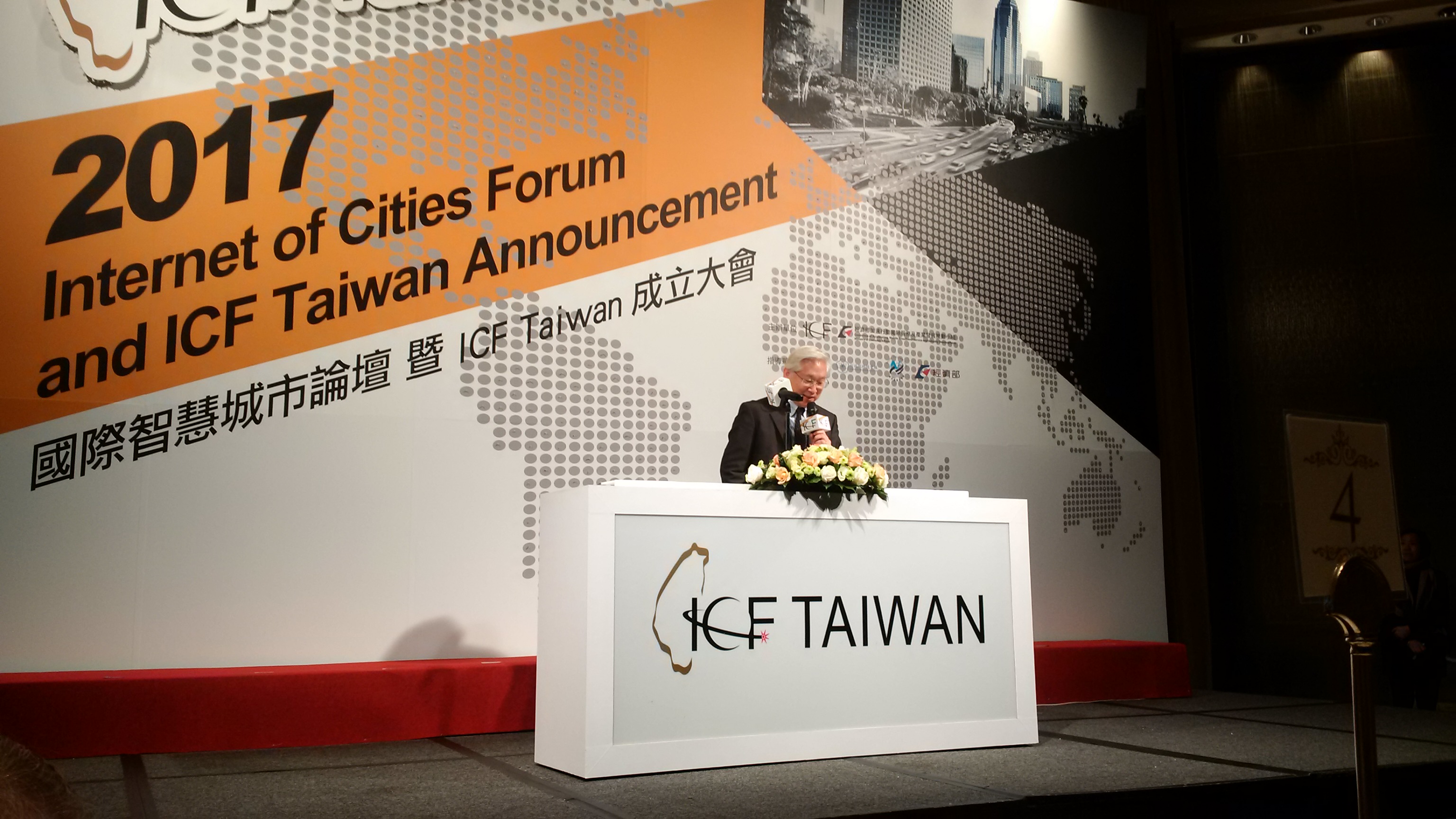 “We are very excited for the formation of ICF Taiwan, our second ICF Nation organization,” said ICF co-founder Robert Bell. “ICF Taiwan, using the best practices developed by ICF, will offer guidance to other cities, both in Taiwan and in Asia, on how to develop Intelligent Communities, while also serving as a valuable network for Taiwan’s established intelligent communities.”

The announcement came during the “Internet of Cities Forum,” a one-day conference taking place at the Shangri-La Hotel in Taipei, Taiwan. The announcement was made to an audience of national and municipal leaders from Taiwan, Canada, Estonia, the United States, the Netherlands and Vietnam. ICF Taiwan has also released an official formation announcement in Mandarin, which can be found here. 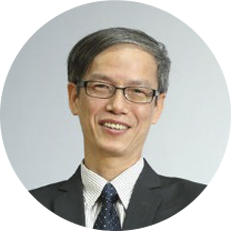 Jiunn Shiow Lin is the Division Director for Information Technologies Industries, Industrial Development Bureau (IDB). IDB is the administrative agency of MOEA, Taiwan that oversees various industries, where Jiunn Shiow is mainly responsible for the formulation of industrial policies as well as industrial promotion task forces & offices as contact windows to serve the ICT industry. Under his capacity, he oversees relevant areas in ICT such as Tele/Info Communications, Electronics, Optoelectronics, and Information Equipment/Software Technology. Particularly, he is the main lead for matters relevant to 5G Industrial Development, Artificial Intelligence (AI), and Smart City Development under IDB. 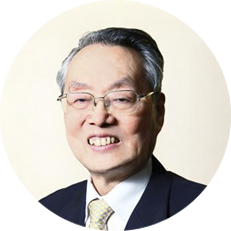 Stan Shih is Co-founder and Honorary Chairman of Acer Inc. Shih dedicated his efforts to promoting public interests after his initial retirement from Acer at the end of 2004. In recent years, he has been publicly speaking on the Wangdao ideology in relation to organizational sustainability in modern times, and hopes to engrain its principles into Acer to reshape the corporate culture. A social entrepreneur all his life, Shih serves as the Chairman of Stans Foundation and iD SoftCapital Group. He is a former chairman and current member of the Asia Business Council, and the member of the Asian Corporate Governance Association. In 2007, Shih was a member of Taiwan’s special envoy to attend the Asia-Pacific Economic Cooperation (APEC) Economic Leaders’ Summit. In recognition of his long-term outstanding contributions, Shih received the Order of the Brilliant Star with Grand Cordon from the president of Taiwan (2011) and was honored as one of the ITRI Laureates in 2012. Shih has received numerous accolades. Time featured him in the article “60 years of Asian Heroes” for turning Taiwan into a PC-manufacturing powerhouse. 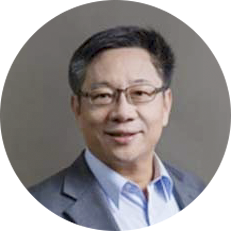 David Weng is an angel investor, bringing start-up companies to successful IPOs and acquisitions. The general partner of InnoBridge Capital Management, Weng invests in early-stage high technology companies. Some of his more notable successes include the Netscreen Technologies IPO and its acquisition by Juniper Networks, and Protego Networks’ acquisition by Cisco. Previously, Weng served as engineering director in the Internet Technologies Division of Cisco. Before Cisco, he worked for Hewlett-Packard managing software development projects. Weng serves on the SJSU Engineering Leadership Council. In addition to his SJSU master's degree, he earned a bachelor's degree in international trade from Fu Jen Catholic University, Taiwan in 1979. He lives in San Jose.

Agricultural production is always prone to weather conditions, making the supply-demand imbalance the biggest pain point for farmers over the years. The improvements in agricultural production technology have helped farmers secure yield stability and quality in fruit and vegetable crops. However, the oversupply often causes a sharp fall in the prices of agricultural products, leaving farmers with nowhere to sell and a large number of fruits and vegetables to rot in the fields. In the end, they have to endure major crops and profit losses.

How DOES Taiwan Do It Videos:

How DOES Taiwan Do It: How do we fight air pollution?

How DOES Taiwan Do It: How do we achieve better surveillance for large industrial sites?

How DOES Taiwan Do It: How do we curb traffic congestion?

How DOES Taiwan Do It: How do we ensure livelihoods of fish farms?

How DOES Taiwan Do It: How do we use AIoT to grow seasonal fruits all year long?

How DOES Taiwan Do It: How do we provide efficient remote patient monitoring? 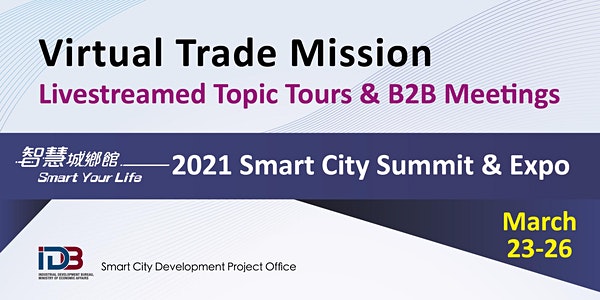 The ‘Smart City Taiwan’ initiative was launched in 2018 by Taiwan’s Industrial Development Bureau (IDB) under the Ministry of Economic Affairs (MOEA). Its aim is to further the accomplishments of past nationwide projects to digitize large swathes of Taiwan’s infrastructure and public services, using innovative solutions to solve the challenges facing government, business and citizens in a modern economy. The ‘Smart City Taiwan’ initiative utilizes a range of ‘smart’ technologies, such as IoT, Big Data and AI.

Solutions are provided as part of a so-called Public-Private-People Partnership (PPPP) model, bringing together the public and private sectors, alongside academic institutions such as the Industrial Technology Research Institute (ITRI). Taiwan’s central government has committed to implementing policies that enable the delivery of solutions to address issues identified by local governments – with the aim that this collaborative approach can create solutions that can be exported globally.

Smart City solutions have to date been implemented in 22 cities and counties across Taiwan, even overseas to address issues around transport, healthcare, agriculture, governance and more. In the series of blog, we will take a look at how Taiwan is able to harness the power of smart tech to make the communities truly intelligent.

On the Road and Going Green: How Taiwan develops sustainable green tourism

While the world is experiencing the Covid-19 outbreak since 2020, the most searched keyword in 2021 is net zero emissions. This implies that climate change is going to be another battlefield, because no one is immune to its effects. For this reason, U.S. President Joe Biden has promised to invest US$2 trillion in the next four years to build a green energy economy and promote the development of clean energy in the United States. Governments around the world have also actively promoted net-zero emissions to stop climate change from getting worse.

In April 2021, 131 countries including the European Union, the United States, South Korea, and Japan made more active emission reduction commitments at the Leaders Summit on Climate. The United Kingdom and the European Union both updated their mid-term (2035) carbon reduction targets to reduce carbon emissions by 78% and 55%, respectively, and reach a net-zero carbon emission target by 2050. As a member of the global village, Taiwan jumps on the bandwagon to get to zero carbon by 2050. Read more >>> 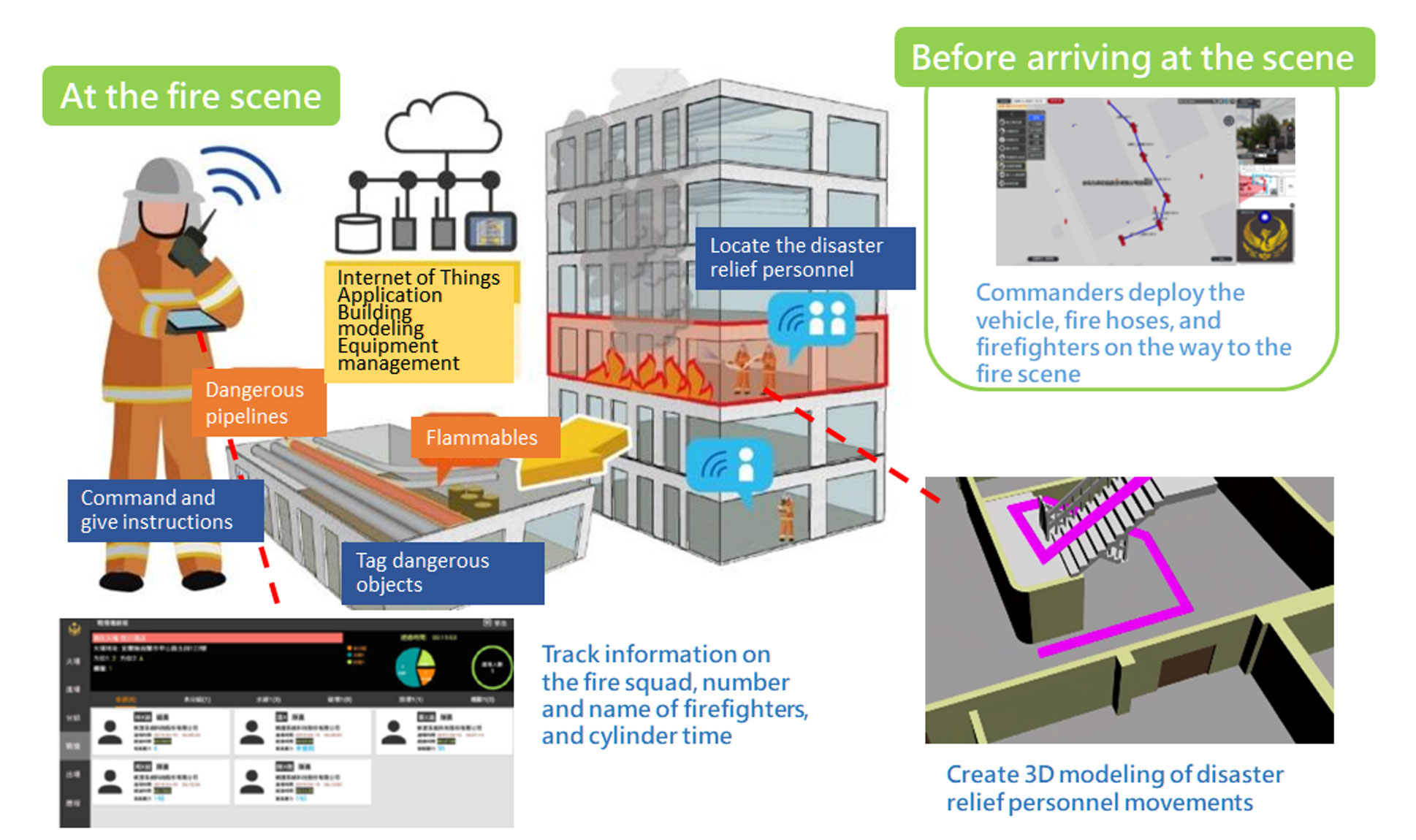 The Industrial Development Bureau, Ministry of Economic Affairs directs the project, “Smart City Taiwan,” as part of Taiwanese government’s goal to promote industrial upgrading and transformation and digital technologies. The central and local governments and industries work together to introduce smart, innovative applications covering “health,” “governance/safety,” “traffic,” “agriculture,” “education,” and “tourism/retail” to 22 cities and counties across Taiwan. So far, the project has yield remarkable results. About 300 companies have released more than 220 smart services accessible to 8.54 million people. These smart services are designed to address local issues and are also being exported to foreign countries.

Taking smart fire control/disaster reduction services in the field of governance for example, there is a shortage of firefighters, which disproportions the population served in cities/counties across Taiwan. According to the National Fire Agency statistics in 2020, there was a 15% shortage of manpower at fire departments in some counties and cities, and the proportion of firefighters to the population served reached 1:1830. In Taiwan, the work scope of firefighters ranges extensively, from firefighting, disaster relief and rescue, and inspection and maintenance of firefighting equipment to catching bee swarms and snakes; among them, firefighting is the most likely cause of death and injury. From 2016 to 2020, a total of 405 firefighters were injured on duty and 16 died on duty. Almost all of these deaths and injuries were caused by firefighting. Read more >>> 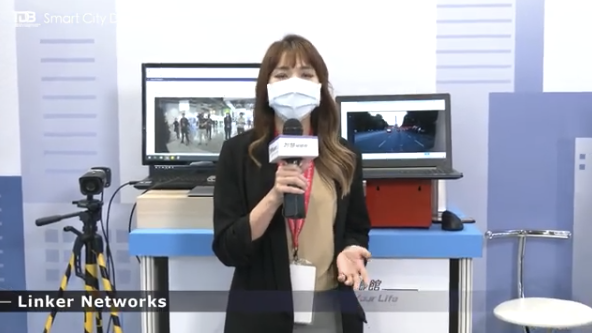 Helping Tainan city to overcome the Dengue Fever problem, Linker Networks uses auto-labeling, AI-modeling and connected intelligent platform to conduct an AI Dengue Fever prevention platform to identify the source of mosquitos - and prevent to fever earlier. Some solutions have been applied to many other vertical industries including citizen safety in Kaohsiung city and autonomous driving in Korean markets.

Energy saving for the enterprises with high electricity usage at the complex field is never an easy thing. 3Egreen offers a “micro-smart grid” service via an easy to install and wireless electricity management system to their industrial customers including PX mart which is the major supermarket in Taiwan the logistic center for 7-11 in Thailand markets. 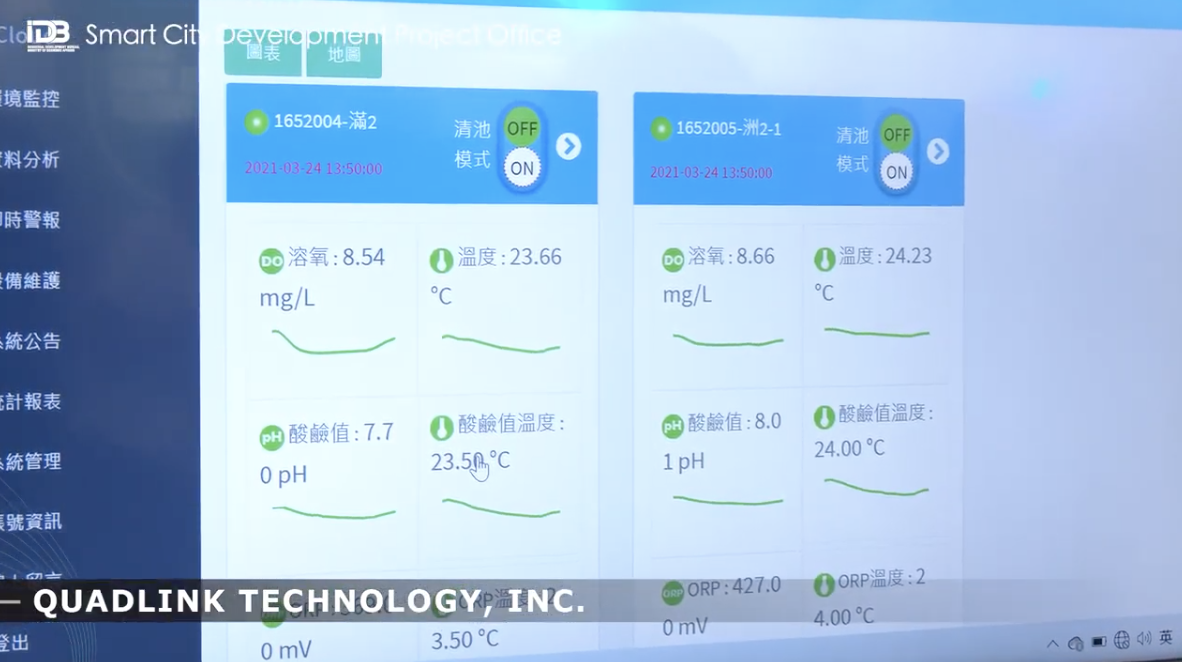 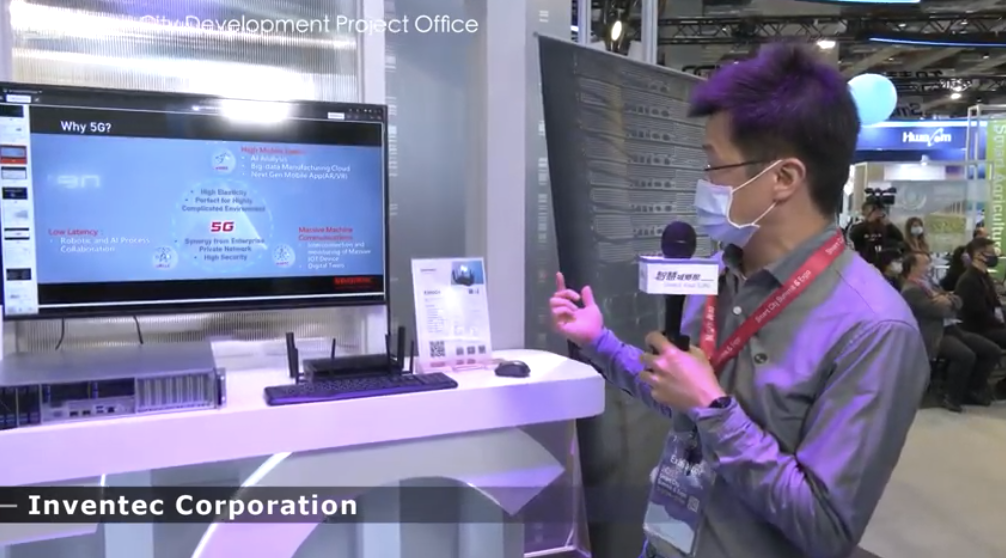 Starting from California, US, Noodoe provides the EV charging stations and operating system platform for their partners, like Sheraton, Hilton, etc to offer EV charging services for their customers, and then brings their experiences back to Taiwan and extends the services to Taitung, Taipei and Taichung cities. Now they are ready to explore more global partners. 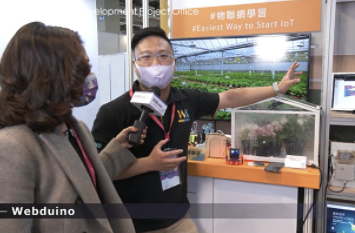 Coding for IoT applications is just like building blocks. Webduino has developed a platform for students in schools to step in technology programs, easy as 123. Adopted by Education Bureau in Kaohsiung city in 2019 and has expanded to 22 cities, 400+ schools and 300k users in Taiwan. Making language learning a fun and interesting thing by interactive, immersive and customized programs. Starting from Taichung city, LiveABC successfully built a language learning friendly environment covering 7 cities, 34 schools and 186 real life scenarios in Taiwan and Korea is the first step for oversea markets. 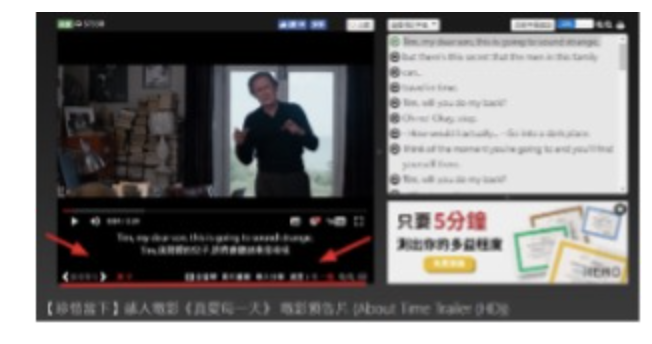 Under the wave of globalization, the construction of English learning environment has become the primary task of all countries around the globe, Taiwan is no exception. However, under the traditional education system in Taiwan, English learning can be only improved in the field of reading and writing, for listening and speaking, it’s still insufficient. In addition, the economic gap between urban and rural areas in Taiwan is large, and the learning resources of rural, disadvantaged and low-income families are limited. In addition, although there are many e-learning resources, they can not provide customized learning services according to the needs and degree of users. Read more >>>

How does Taiwan Do It? Series: 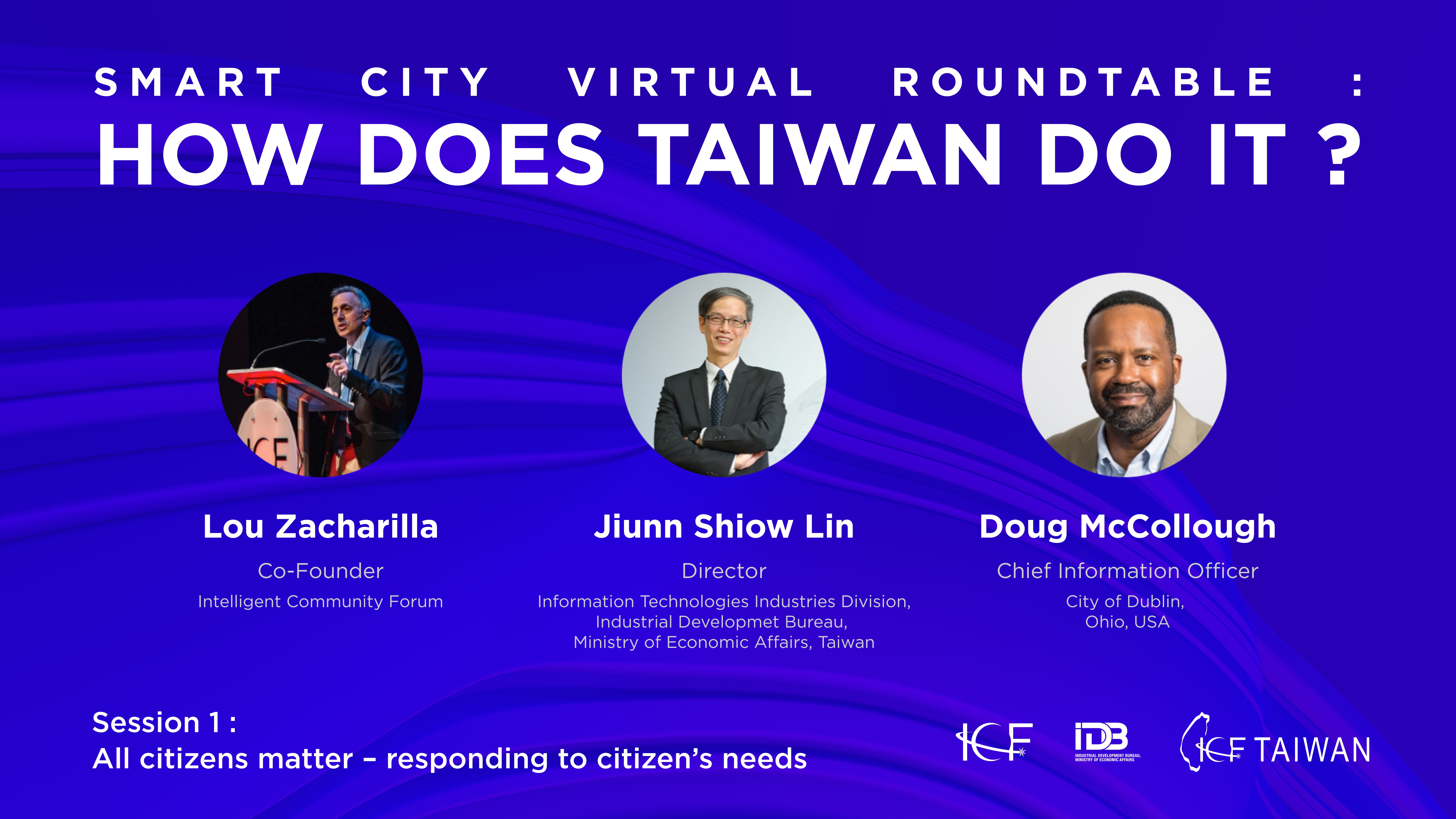 Since early 2020, local and national leaders around the world have been tasked with facing the challenges of COVID-19. The level of success has varied – with some nations able to keep the impact of the virus limited, while others face widespread disruption in the health of their citizens and the strength of their economies.

One nation, though, seems to have risen above the rest in terms of the best response to the COVID-19 Pandemic: Taiwan. With a population of 23 million, Taiwan has had a remarkable 700 COVID19 cases and only 7 deaths. At the end of October, the nation celebrated 200 straight days without a locally transmitted case.

So how does Taiwan do it? ICF worked with ICF Taiwan to develop a two-part roundtable series to explore Taiwan’s successes, and to share the best practices with you.

Click here to for more information on this series.