Meanwhile Out on the Roads of Ohio… 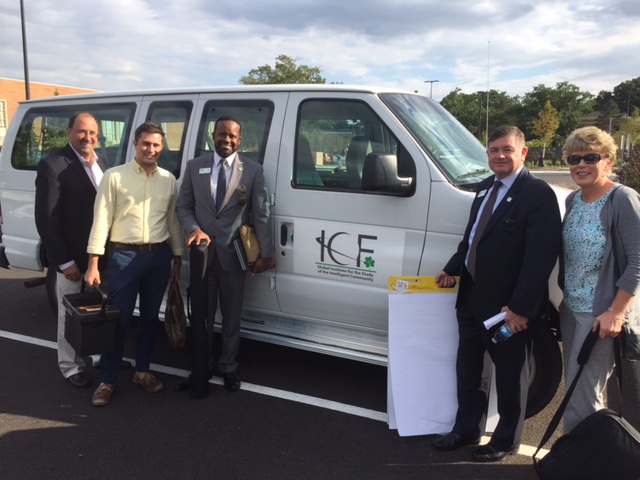 Last week 192 nations were in New York sorting through the world’s problems, while I was trying to sort through the traffic jams they were creating in my world: the streets of New York. When the peacemakers come to town, blessed though they may be, our traffic gets miserable. However, as the home of the United Nations, we live with the hope that we are hosting people who will make the world safer and happier – or at least happier than my taxi driver.

But for the record, 85% of my trips around the city were via public transit. Blessed be IT! Let us have more of it.

Public transit is a local issue. And while global challenges remain unsolved, local ones are being addressed aggressively, with or without the funding or support necessary from national governments.

I am proud to say that a case in point was another event which took place in the state of Ohio, USA during General Assembly Session week in New York. The ICF’s Global Institute in Dublin, Ohio launched its first roadshow. It was done on behalf of its goal of establishing a connected, “Intelligent Ohio.” It is hoped that the Institute will become the hub for a dialogue and future investments which begin to transform the state. Ohio has a $583 billion economy. It has historically been a leader in industry and innovation. Now it is one that needs to become more adequately connected, planning for its future and ultimately thriving with a new sense of collaboration and possibility in every community in the state. Frankly, it is a bold, untested vision in America.

“Intelligent Ohio” is the vision of the City Manager of Dublin, Dana McDaniel. Dana, who is a student of innovative urban planning and economic development strategy (as well as a one-star general in the US Army Reserve), is taking a page from the playbook of a former mayor of Taipei – and later president of his nation – Ma Ying-Jeou. President Ma had a vision for his small but potent country, which is being realized. It was a plan for taking ICF’s ideas and, city by city, transforming the entire island nation into an economic powerhouse through the establishment of an “Intelligent Taiwan.”

As goes Taiwan, so goes Ohio. 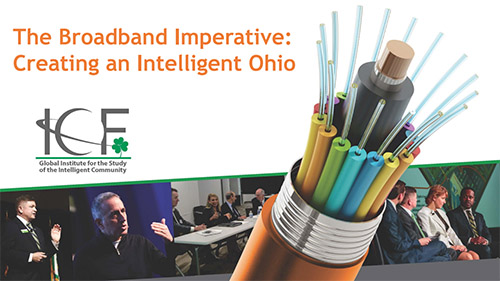 Dublin and its ICF Institute have started to accomplish its ambitious vision by taking ideas, not proposals, to the rest of the state. During the past few weeks the Global Institute for the Study of the Intelligent Community hosted Regional Roadshows throughout Ohio. With one of its 30 partners, Connect Ohio, a group that included City Manager McDaniel toured the Northwest, Southwest, and Central regions of the state, with plans to visit the Northeast and Southeast in coming months. It gathered stakeholders in cities as diverse as Youngstown and Cincinnati and explained what was possible for Ohio without asking in return. It provided links to its presentation here: http://globalinstitute.dublinohiousa.gov/presentations/creating-an-intelligent-ohio/

From the outset, the roadshow is an effort is to build trust for greater collaboration.

“Trust comes on foot but leaves in a Ferrari,” David Johnson, Canada’s Governor General told an ICF audience in 2015 in Toronto. Ohio cities like to build cars – but know that in order to sort through the challenges Ohio faces and keep their lead, it will need to put trust into the knowledge factory first.

“As we continue to work on our vision to collectively create an Intelligent Ohio, the roadshows are a great way to tell the story of the ICF movement and the role of the Institute,” said McDaniel. “We are already seeing the collaborative efforts within the regions that will help frame the important work of the Institute, and help us to better understand and meet the challenges and opportunities that exist for communities throughout Ohio.”

As I was stuck in traffic, while my driver was fuming in Farsi and the Institute team was doing its ICF Kerouac tour, I re-read the summary from a USA government report which reminds us that in 2016, fewer than 20% of Americans trust their government to do right thing. The number that trusted the government in 1969, during the Vietnam War, was 77%. The report also noted that in the USA today the average household needs US$135,000 annually in income to sustain a “middle class life.” The average income per household, from New Jersey to Ohio to Oregon, is US$57,000. In Europe and Asia, trust in government is higher and the wealth gap not as extreme, in most cases.

But the challenges of Ohio, and a future when the city and the community become central in the formation of a new, better, more peaceful economy and world must begin somewhere. The ICF Institute in Ohio, like the one in Mississippi and the 135 communities that are making their own journeys, is in many ways still on foot. But I can hear the hum of the Ferrari beginning to purr.