The Building on Bobcat Way

Well, here we go: another Smart21 announcement day approaches, and a new group of communities – cities, towns and regions representing millions of people – will prove yet again that the future belongs to places that we may have once thought were extinct or in great danger of perishing.

It is poetically appropriate that our announcement will take place in Dublin, Ohio at the brand new Dublin Integration Education Center, home to Ohio University’s College of Health Sciences and Professions. The DIEC is one of many new buildings that houses universities and educational institutions on or near its location, 6805 Bobcat Way. City Manager Dana McDaniel and his talented team of planners and developers have created new, fertile ground for the most critical raw material of the Intelligent Community movement: human capital. Ohio University is joined by other colleges and “intellectual services” providers to create a new factory floor for the knowledge work required to shape its future. Dublin, which already boasts having more Fortune 1000 companies than any city in the USA on a per capita basis, and was a three-time Top7 Intelligent Community, will create more gazelles on Bobcat way as time moves on. 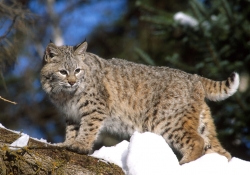 So it is appropriate that our Smart21 Announcement is taking place here. After all, bobcats have been hunted extensively for sport and fur, yet their population has proven resilient. They are like some of the cities and towns that will be called out at 4:00 PM (EST) on 21 October. You can watch them be named live and countdown with the rest of the world at: http://globalinstitute.dublinohiousa.gov/

The Smart21 Announcement will follow a day-long session to begin the formation of the ICF’s newest global Institute, which will also be housed in Dublin. Our program will be a live, transparent and unpredictable public brainstorming session, led by Dublin’s City Manager, ICF Senior Fellow Dr. Norm Jacknis, Jim Lowder of OhioHealth and the Director of Technology Solutions from the Ohio Supercomputer Center, Ray Leto, among others. As Dana says, we will “build the plane as we fly it.” I can think of no better analogy for the creative age that is upon us. Our new Institute will rise in accordance with ideas that are yet to be brought forward and will incorporate the freshest thinking in the world from among the new Smart21 as well as the current 134 communities that are designated as Intelligent Communities. We will go from smart to Intelligent while cameras roll. It is my kind of jazz session! A basic line with lots of room for improvisation.

It is fitting that this new Institute and our announcement take place in Dublin, Ohio. America’s State of Ohio has been the centerpiece for an important chapter in the global ICF story. It is a place in that nation’s heartland which has risen and is coming back at a brisk pace. Dublin is a great story, as was Waterloo in 2007 and Stockholm of 2009; two other great stories of small cities thinking large. Dublin borders another Ohio city, Columbus, which even exceeded Dublin’s Top7 rankings and did what Waterloo and Stockholm also did. It was named Intelligent Community of the Year in June. (See John Jung’s previous blog on this for more thoughts.)

So this city and region, which will host our Summit in June 2016, is an example of what we have been trying to say for 20 years. Simply put, there is no place like home, and broadband is the new railroad that brings you there. Dublin grasped this with the planning of its municipal network long ago. Now it is doing the hard work and as you will see, doing it damn well.

You need to excavate that raw material in places like Bobcat Way, however, to get all the way home.

So let’s see at 4:00 PM (EST) tomorrow, who will be the next bobcat – a mythological creature whose growls are so deep and fearsome, they sound as if they are coming from a much bigger animal! Let’s say that this is a fine analogy for an Intelligent Community that had been sent out to die, but refused. See you on the livestream.