Calgary is a western city of 900,000 people that is one of the fastest-growing communities in Canada. Best known as a center of the Canadian oil industry and for its annual “Stampede” celebration of its cowboy heritage, Calgary also has a significant telecommunications and wireless manufacturing base, and over 1,300 software companies with expertise in geomatics and image processing. It has more miles of optical fiber than any city in Canada, according to the Yankee Group, and broadband Internet is accessible to 99% of residences. In the ten years between 1988 to 1998, technology employment tripled to over 9% of the labor force, and technology employers include IBM, EDS, AT&T, Vertitas, Shaw Communications, Nortel Networks and TELUS.

Leading the charge to build a Digital Age economy for the community is the public-private corporation, Calgary Technologies. Its projects include Calgary INFOPORT, which has succeeded in building a local information and communications technology industry; the Calgary Innovation Center, which acts as a catalyst between life sciences innovators and the venture capital community; and the Alastair Ross Technology Center incubator. In 2001, Calgary Technologies launched the ConnectCalgary project, using matching funds from the Canadian Government’s Smart Community award program. ConnectCalgary is creating online services and Web portals, public access computer terminals, and a team of trained facilitators to work with government agencies and individuals at risk. ConnectCalgary aims to provide the at-risk population of Calgary with access to the social, health and educational services they need to become more independent and productive members of the community. With this latest program, Calgary has demonstrated leadership in closing the Digital Divide in western Canada.

In the News
Read the latest updates about Calgary. 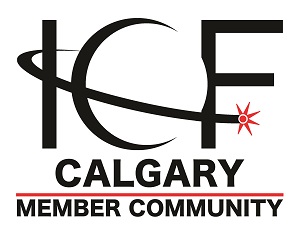