The ICF Canada Delegation traveled to Taiwan on a week-long business mission from February 5-11, 2017. The delegation traveled to three Taiwanese Intelligent Communities, namely Tainan City, Hsinchu County and New Taipei City. The delegation included ICF Canada representatives from Ottawa, Sarnia-Lambton, Hamilton, Toronto and New Westminster, B.C., representing members of various local municipalities, education and research related institutions and the private sector. The goal of the visit was to begin to leverage the value of the Intelligent Communities and their connections globally among each other; develop potential business and other relationships that could lead to significant mutually-beneficial economic, social and cultural benefits; and learn best practices from the Taiwanese Intelligent Community examples. The site visits also offered the opportunity to visit Far Eastern’s T-Park in New Taipei City, Hsinchu Science Park, the Southern Taiwan Science Park, ITRI, eco-parks and several research universities. The delegation also experienced a unique tech-enabled museum in Tainan called the Chimei Museum; rode the country’s High Speed Train, among the world’s top 10 high-speed trains and topping out at over 310 kmph; and met with companies in each of the cities related to innovation and Intelligent 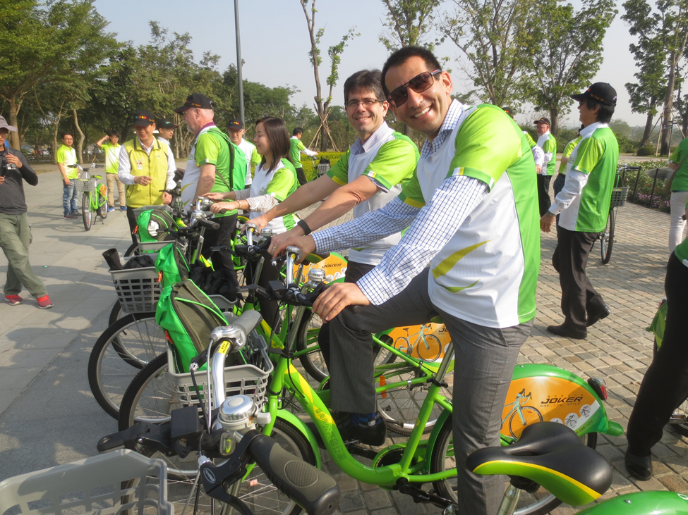 Community-related businesses. They even got to ride smart bikes and witness Taiwan’s globally recognized Lantern Festival. Among the globally recognized businesses, they met with HTC, exploring their virtual reality environments; they visited Acer, exploring their many new forms of digital devices; as well as TSMC, one of the world’s largest microchip manufacturers located in Hsinchu Science Park and in the Southern Taiwan Science Park. The delegation met many companies throughout the trip including large firms such as Motech and Innolux Corporation; but they were equally excited to meet Taiwanese SMEs and entrepreneurs in each community they visited. Building connections between ICF Canada communities and businesses and those in Taiwan will potentially lead to lasting economic relationships, the core of which are two-way trade and investment opportunities among like-minded cities and regions globally, a key goal of ICF Canada. The delegation also participated in the TOP7 announcement and in the ICF Taiwan announcement and conference. 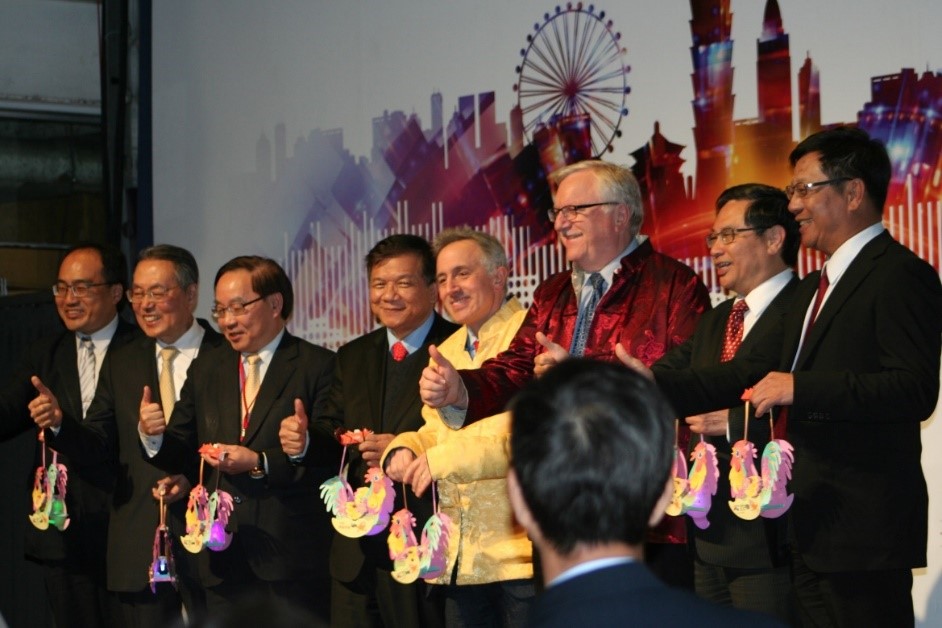 On February 9, I joined Lou Zacharilla to announce the 2017 TOP7 communities in Taipei. The fun-filled evening event took place in the heart of Taipei’s Lantern Festival in Ximen. Lou was interviewed by local celebrity Tom Wang in the middle of the Lantern Festival complete in a yellow silk Chinese Smoking Jacket and carrying a lit Rooster puppet. With camera and crew in tow, they attracted many locals as they walked through the streets of Ximen. They eventually wound up at the Riverside Live House where I was waiting for them on stage to announce the Top 7. When we finally got to the announcement, two of the attending Taiwanese SMART21 cities in the audience erupted in glee. The Taiwanese cities of Chiayi and Taoyuan were two of the Smart21 cities that were awarded the next level for 2017, as TOP7 Intelligent Communities. Additional Top7 communities were named, namely Melbourne and Ipswich in Australia; Grey County and Edmonton in Canada, and Moscow in Russia. After many photographs and excited hugs and hand-shaking among the local Taiwanese winning communities, the celebrations for everyone continued out into the Lantern Festival on the streets of Ximen. The following Live Flash Videos of the TOP7 announcement will give you a flavor of the experience of attending this TOP7 event in Taipei:

Earlier that day, at the Shangri-La Hotel in Taipei, a day-long conference was underway. The theme of the conference borrowed on the theme of the ICF Summit planned for NYC in June: The Internet of Cities. It was grand affair with hundreds of Taiwanese officials, company executives and educators in the audience. The ICF Canada delegation mixed with representatives from Estonia, Holland, Vietnam, Hong Kong and Taiwan. 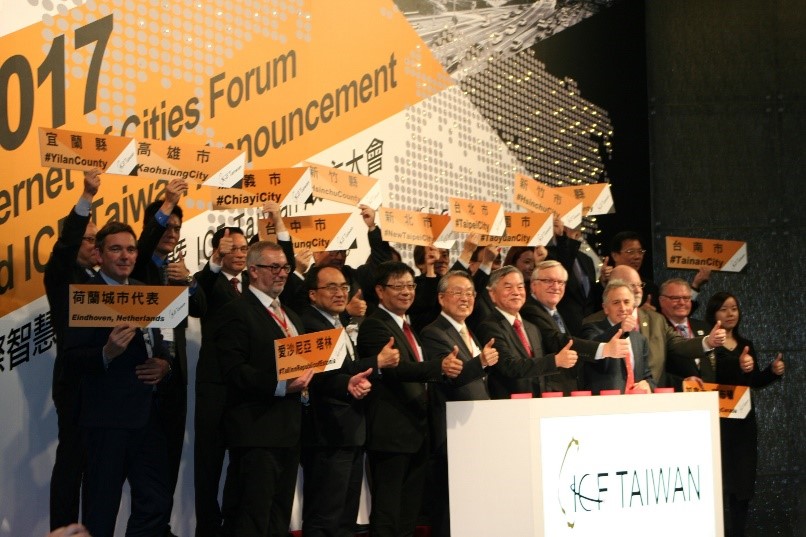 Lou Zacharilla and I were invited to give two keynote addresses. ICF Canada’s Rob McCann, President of Clearcable Networks in Hamilton also presented as well as speakers and panelists from senior levels of government, educational institutions and the private sector. But the highlight of the conference was the announcement of the launch of ICF Taiwan. Speakers applauded its launch, aimed at bringing Taiwan’s 13 Intelligent Communities together and giving it a platform to assist many other Taiwanese communities to become Smart21 Cities and Top7 Intelligent Communities. Its goal also includes supporting and mentoring other cities in South and Southeast Asia, including communities in Vietnam. A meeting of ICF Canada and ICF Taiwan took place over lunch with inaugural ideas explored among its representatives. A promise to further the discussion when they meet in June at the ICF Summit in NYC will put some legs under these ideas and hopefully we will see some mutually beneficial results in the years to come from their association.