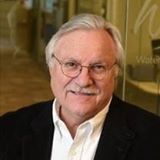 ICF co-founder John G. Jung originated the Intelligent Community concept and continues to serve as the Forum's leading visionary. Formerly President and CEO of the Greater Toronto Marketing Alliance, Calgary Economic Development Authority and Canada’s Technology Triangle, he is a registered professional urban planner, urban designer and economic developer. He leads regular international business missions to US, European, Asian, Indian and Australian cities, and originated the ICF Immersion Lab program. John is a regular speaker at universities and conferences and serves as an advisor to regional and national leaders on Intelligent Community development. He has also given presentations to Prime Ministers, Presidents and Royalty around the world. As one of the Co-authors of Brain Gain and other books and publications on Smart Cities and Intelligent Communities, John was a featured speaker at the Ottawa Writer’s Festival. He is also the author of numerous articles in planning and economic development journals, has received global awards, honorary degrees and other recognition for his work in urban planning, urban design, economic development and related collaboration and strategic development initiatives around the world. He also sits on numerous boards, task forces and international advisory boards.

John has been the principle urban navigator for the ICF Immersion Labs in Asia and the USA. He has been invited to lead or participate in high-level delegations around the world at which he has promoted the Intelligent Community movement, including presentations to international associations, global mayors and councils, and heads of state, including Presidents and Premiers of countries and to royal families and their guests. John was instrumental in founding ICF Canada and has been leading the effort to create other ICF Nations around the world. ICF Taiwan was recently launched under John’s guidance as was the ICF Institute in Taiwan, which was launched in March 2018. Also with his help, ICF Canada has published several papers including Sharpening Canada’s Competitive Edge, Broadband: the Essential Utility, From Connectivity to Community and several others. John is also a regular columnist in MyLivableCity, an international publication produced out of Mumbai, India and contributor to chapters in the forthcoming book: Innovative Solutions for Creating Sustainable Cities (Cambridge Scholars, UK).

John developed, executed and wrote the content for the whitepaper Creating City-to City Connections. He is a co-author of the ICF books Brain Gain, Broadband Economies: Creating the Community of the 21st Century and Seizing Our Destiny. He conceived the study for “Sharpening Canada’s Competitive Edge” and is the principle author for dozens of urban development plans and strategies for smart cities, economic development and urban planning initiatives. John also produces quarterly articles in the international journal “My Liveable City”; hundreds of blogs and articles in ICF and GovTech publications and is the principle author of the ICF Canada Newsletter, iCommunity.ca. He is also the writer and producer for the video: “From Smart City to Intelligent Community”.

- "John Jung spoke at TEDxPiraí, in March 2014. He is a wonderful professional but also an inspiring human being. His speech was filled with new ideas that captured the attention of everyone at the event, talking about different aspects of cities around the world. He made Piraí's community think differently to make things better. It was such a good experience that I’d highly recommend John Jung as a speaker for any kind of event." - Marco Andrade Brandao, TEDxRio

- "John Jung delivered an extraordinary presentation on the international movement toward Intelligent Communities, the benefits to citizens, and the context cities face in this global movement. He does what few speakers can do: he provides the global context for Intelligent Communities, but he also presents the road map for becoming part of this elite group of cities. John delivers inspiring talks that alert local communities to the possibilities that await the bold, and the standards to which they are held when they seek to become Intelligent Community leaders. John is more than just an eloquent speaker on a topic he is clearly passionate about; he is an ambassador for the Intelligent Community Forum brand, its goals, and its mandate." - Terence Sooley, Director, Research & Conference Production, Strategy Institute

- "Waterfront Toronto’s journey towards an Intelligent Community started in June 2004 at the Intelligent Community Forum Summit in New York City. That is where I first heard John Jung talk about the merits of an intelligent community and how different cities around the world had been re-shaped by their efforts to adopt this strategy. My discussions with John after the Forum led us to the start of a 10 year path – one that saw us install Canada’s very first open access ultra-broadband network. Apart from technology, the other components of the Intelligent Community Forum's mantra, things like digital inclusion, have helped us shape our strategy." - John Campbell, President & CEO, Waterfront Toronto 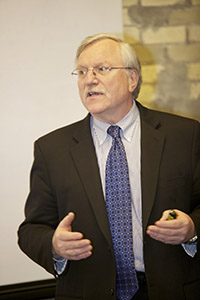 ICF Canada Webinar - Smart Communities: A Primer on how BC communities can leverage the Smart Revolution
Feb 15, 2018 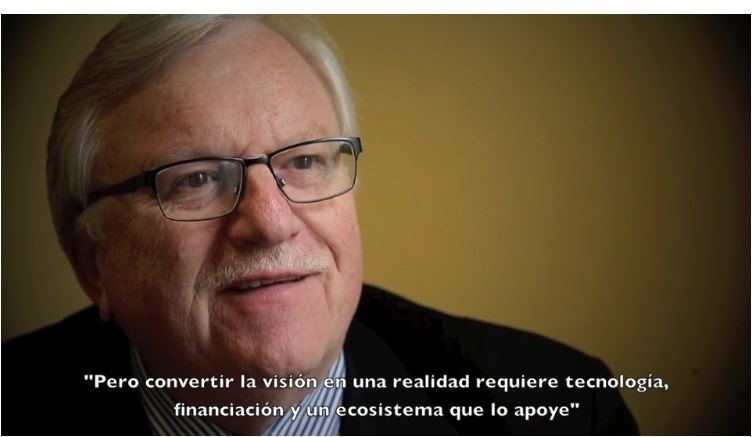 Announcement of the TOP7 for 2017
October 19, Niagara Falls, Ontario, Canada

Speaker at the ITS World Congress - “Enhancing Liveable Cities and Communities: From Smart to Intelligent Mobility”
October 11, 2016, Melbourne, Australia

Speaking at the Global Forum on Transformation and the Autonomous Vehicle in Intelligent Communities
September 19, 2016, Eindhoven, The Netherlands 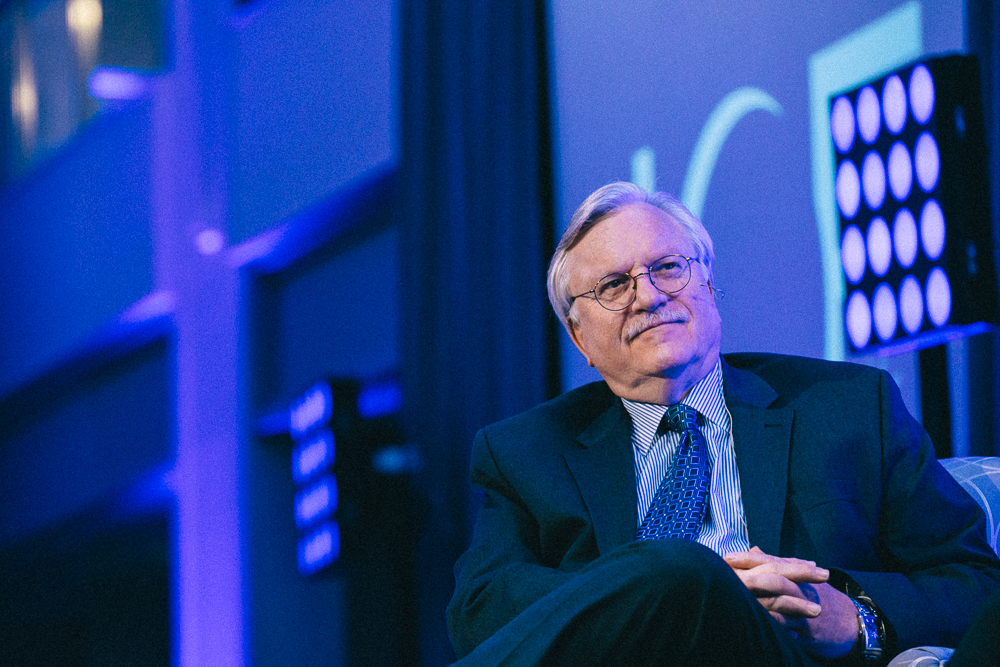 Presentation on Rural Broadband “With Broadband, the middle of nowhere is no more”
April 19, 2016, Guelph, Ontario, Canada

Presentation on “The Importance of being involved in the Intelligent Community Movement”
March 23, 2016, Tainan City, Taiwan 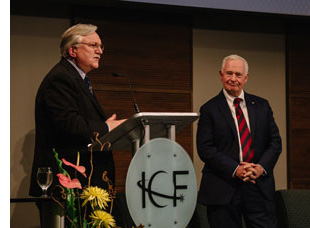 Signing of Eindhoven-Waterloo MOU in the presence of King Willem-Alexander of the Netherlands and Queen Maxima
May 27, 2015 - Waterloo Canada 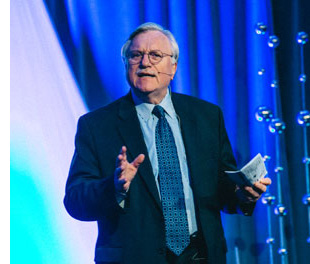 Presentation to His Royal Highness King Philippe of Belgium and Queen Mathilde with the Governor General of Canada
October 28, 2014

Presentation at Roundtable at the Canadian Embassy Residence with Her Royal Highness, Princess Margriet Francisca of the Netherlands with the Governor General of Canada
October 26, 2014

Panelist at CITY AGE Conference regarding the Age of Disruption
October 9, 2014 - Waterloo Canada 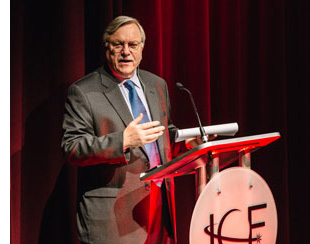 Address to the Ontario Professional Planners Institute (OPPI) on Smart Cities in the Age of Disruption at their Annual Convention
October 1, 2014 - Niagara Falls

Parliament of Mayors
September 20-21, 2014 - Amsterdam and The Hague in the Netherlands

Presentation at The Hague on e-government as the keynote at the Royal Dutch Telecom KPN Conference
June 16, 2014 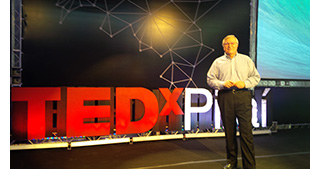 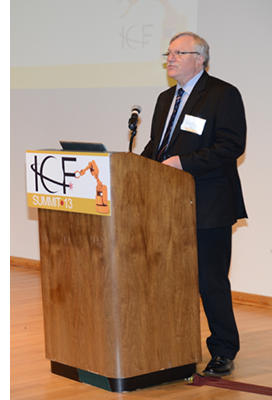 "Developments and trends in smart cities: How you can benefit economically, ecologically, and socially by becoming an Intelligent Community"
9 April 2013 - Toronto, Canada, Smart City event

Share on
See other pages related to Speaker John Jung