Jukka Mäkelä was born in Espoo, Finland in 1960. In 2007 Mäkelä was elected as a Member of Parliament for the National Coalition Party. Mäkelä has been the Mayor of Espoo since the start of 2011. He has been involved in the local politics of Espoo as a City Counsellor since 1997, as Chair of the City Board years 2005–2008, and as Chair of the City Council 2009–2010. He gained a degree of Master of Science in Technology from the Helsinki University of Technology. 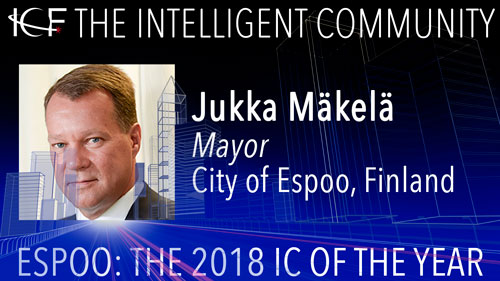