Many cities are generating Open Data such as Barcelona and San Francisco. For example, in San Francisco was a leader in generating data for its departments. But there was little sharing across departmental silos opening the door for lack of accurate priority-setting, accountability and the inability to measure progress and success. Through leadership by San Francisco’s Mayor, Gavin Newsom, in 2009, all city departments were directed to make all non-confidential datasets available to the public and to develop and share the datasets with other departments in a timely fashion to ensure accurate priority setting and implementation.

Known as DataSF, this open attitude to engaging collaboration and integrating data and information, helped to build not only the data itself but also a culture and capacity for data analysis that all departments, including the Planning Department of the city, could benefit from. As a result, these departments and the city as a whole could benefit from strategic decisions that would meet a community’s agreed upon collaborative and inclusive goals, measurable milestones, and through accountability tools, track the community’s progress. San Francisco’s challenges have been identified with other communities, which have seen their solutions as a replicable example to emulate or the lessons learned to create unique and innovative solutions most relevant to their situation.

For instance, New York City’s 2011 Digital Roadmap followed by their 2015 report, Open Data for All, focused on making open data available to all, but especially from the perspective of the needs of its citizens. Consequently, their plans aligned and reflected the City of New York’s goals to engage citizens to better understand their priorities as well as the development and integration of real time open datasets to respond to end-user value. These practices were meant to improve the city’s smart infrastructure and to increase responsiveness to people’s needs and priorities. 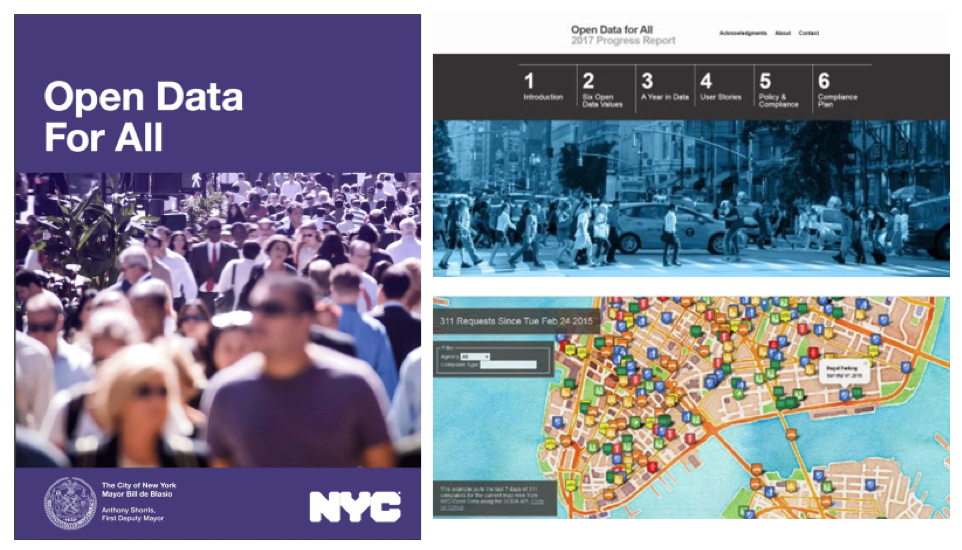 Cities such as Singapore and Chicago have perfected the utilization of urban data in their community planning, economic development and infrastructure development programs and offer important lessons for other cities. For instance, Singapore’s experience in integrating formerly siloed departments through data and knowledge sharing has helped other cities in developing similar approaches. In the early 1960’s, Singapore’s various ministries and related organizations were all involved in ensuring the quality of its water systems, but it suffered from the lack of sharing data and information among them, resulting in inefficient and inadequate public services. Through a crisis in limited clean water resources amid a growing population, a new national public agency became responsible for all aspects of water in the city including sharing the necessary data and information with other agencies and the public. The resulting transformation of its water operation along with other agency and the public’s input, leveraged the majority of the island nation’s land surface as a water catchment area with water stored in 17 reservoirs, including the Marina Basin, which is in the heart of the city center. What this demonstrated was the initial inefficiency of city governments to provide services when they were not integrated, and a culture of information sharing was not evident. Through this transformative approach, the collaboration, sharing of data and seeking public input, gained significant improvements that also transcended to other organizations and community benefits beyond improved water services, including tourism, economic development and social benefits. 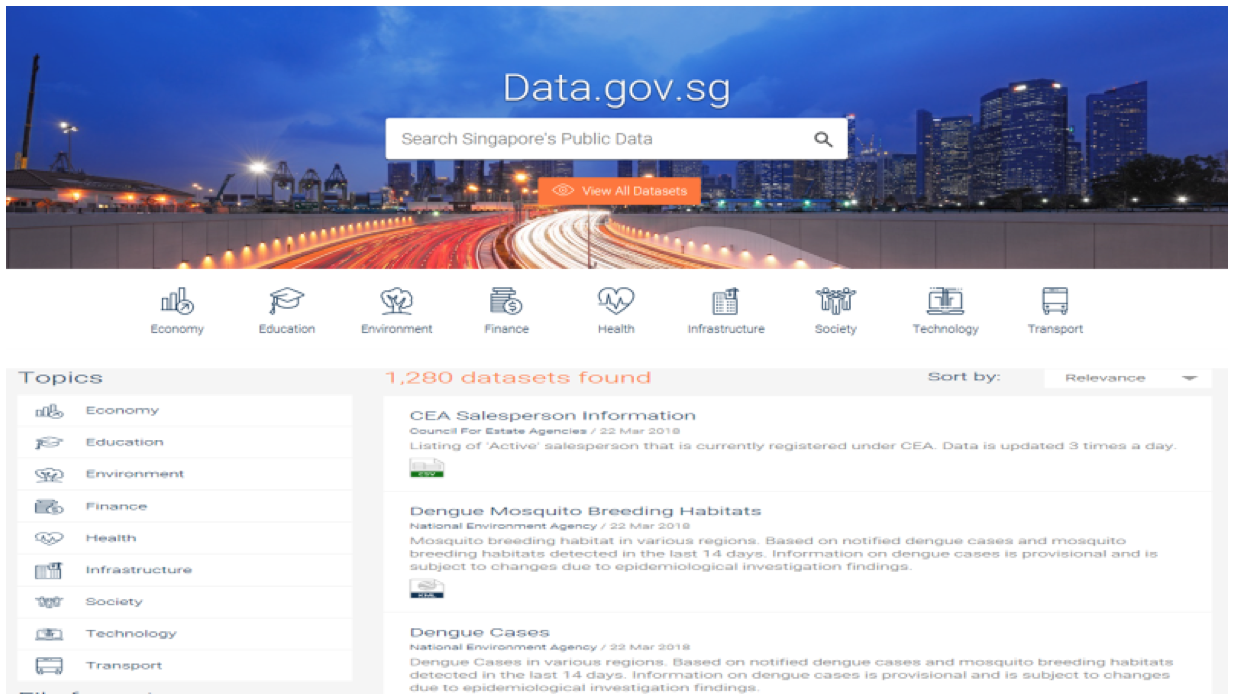 In 2013, Chicago developed a TechPlan to leverage the potential of technology but more importantly to encourage businesses and community groups to join forces with the city to benefit from enabling technology that could potentially provide its citizens with five key strategies to be dynamic, innovative and inclusive in their approach to meeting their community needs. They included developing smart infrastructure, especially through broadband deployment and technology-based improvements to the city’s transportation system and improving collaboration across city department and agencies and with the civic tech community to address large and small city problems, utilizing the city’s open data program. Chicago also used these improvements to focus on community inclusion to fight the high rates of segregation and inequality. It sought to improve community access to digital tools and capacity building through free public Wi-Fi, access to low-cost broadband, training and supporting existing digital programs that needed resources to become successful in these communities. Chicago also recognized the need for improvements to government efficiency, especially on the generation, collection and dissemination of open data, and its application in driving civic decision-making. Through integrated and cross departmental applications, civic resources began to work with the city’s tech sector to stimulate development of co-working spaces, educational alignment with the STEM workforce and resulting incubators and a startup ecosystem. Through collaboration and integration there was improved efficiencies, reduced redundancies and the ability of alignment of the city’s priorities, which were able to be measured against milestones for success. With this approach, the city was able to report on efficiency improvements for its departments and expanded public Wi-Fi, but also significant improvements of the technological infrastructure within its schools and libraries, and its digital transformation in its civic and public training opportunities.

Cities around the world are learning that through collection, analysis and dissemination of open and big data, data-centric decision making will increasingly form a core activity of its planning processes. Citizens will demand accountability and will also want access to the same data as planners and decision makers and demand access to the tools for data integration and analysis to be equally informed on the facts.

Investors, especially those with interests in FDI will also demand transparency and a stable government that is accountable before they make decisions to invest in these communities, potentially impacting its economic development. Talent, whether generated locally in universities and colleges or potentially to be attracted to join the local tech ecosystem, will also want to know what their options are to grow in this community or to make a decision to move to other regions where their talents would be better utilized and compensated for. The proliferation of C-level data, technology and innovation officers, directly accountable to the Mayor’s Offices in many cities speaks to the growing awareness of communities to the need to align political priorities with the citizen’s need for improved operational efficiencies and civic synergies.

Termed “Govtech”, many communities are now following in the footsteps of San Francisco, Singapore, New York and Chicago. Everywhere you turn communities offer their data free to potential innovators in their community. While city decision makers need good data to make good decisions, the power of the IoT devices available today provide new ways to collect and analyze the data about city performance. However, citing that merely 2% of the data is actually used by government, the remaining data could benefit startups and other innovative users who might be able to contribute to the prosperity of the community through use and application of the data that would otherwise go to waste.

Paris is an interesting example of a city’s commitment to support open innovation processes as part of its urban planning process through development of digital citizen participation tools such as a municipal reporting application, a consultation platform on urban projects and a citizen digital suggestion box for its citizens to input on its planning processes and decisions. Its experience is reported to have transformed the way city officials view its citizen participation strategies, including the need for city staff to learn new skills to utilize the data and understand how to manage the digital tools and outcomes. The amount of data collected and the need to address the analysis and results created more complexity and required even more resources to manage the processes. However, their work with the digital strategies empowered both citizens and city staff to attain greater results from its citizen participation experiment, furthering the benefits of involving its citizens in urban planning and operations, leading to more effective collaboration between operational and strategic divisions. Furthermore, it helped to create a “digital culture”, validating the premise that public policies should benefit a “user-centric” approach to its community’s urban planning and interestingly, in Paris’ case, it transformed how city officials perceive and address citizen expertise in use of open data and its applications. 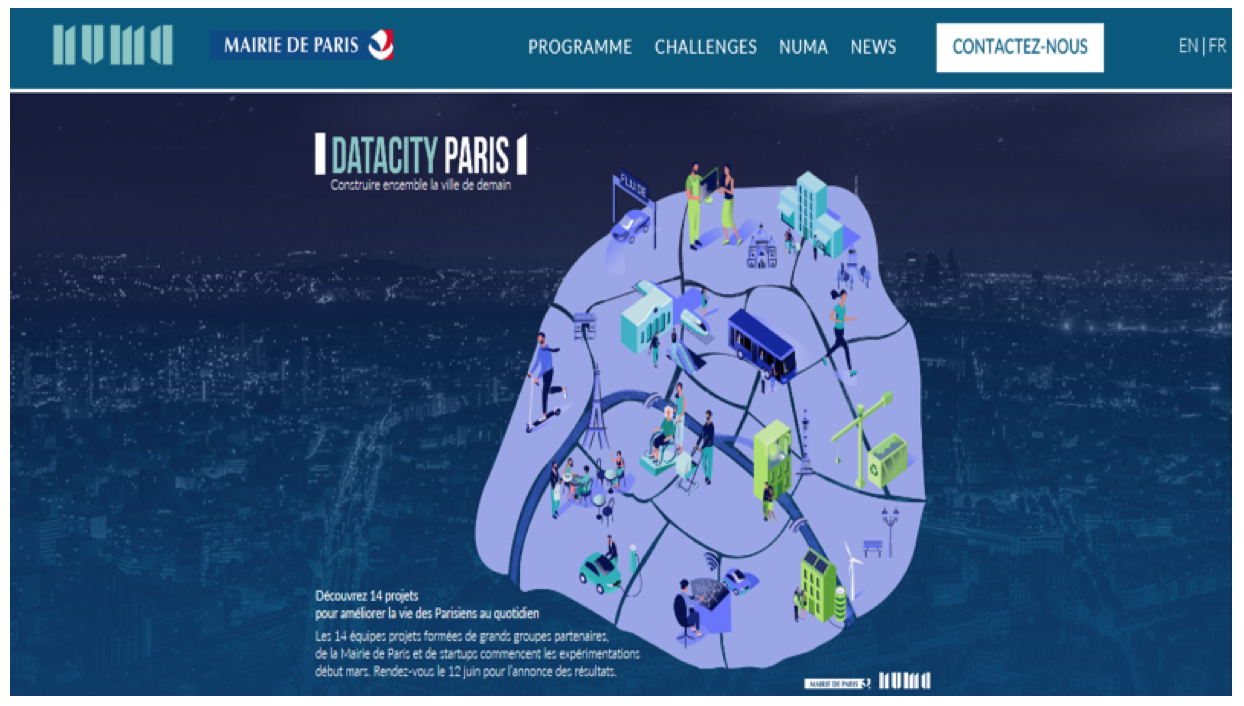 In Toronto, Alphabet affiliate and Google partner, Sidewalk Labs are designing a district in Toronto’s Eastern Waterfront with the goal to learn from tackling the challenges of urban growth. The joint venture, to be known as Sidewalk Toronto, with the city of Toronto and its waterfront agency, Waterfront Toronto, intends to utilize people-centered urban design with cutting-edge technology to develop new expertise and achieve new standards of sustainability, affordability, mobility, and economic develop opportunity. Their experiments depend on being able to be measured. Everything that will be designed and implemented from mobility to building and open space will have sensors applied to them and measured. But before anything is done, the partners will devote considerable time to community and stakeholder consultation and long-range planning. An important result of the extensive consultation is to establish a Master Innovation and Development Plan ensuring clarity around governance policies, especially related to data protection and privacy.

Sidewalk Toronto’s experiment will create the conditions for a new and unique community and its innovative solutions to urban challenges to be built from a people-centered perspective. Local companies, academic institutions, startups, and local organizations will be planning, developing, measuring impacts, analyzing data and reporting on its viability and ability to scale and replicate, locally and internationally over many years. It is hoped that it would generate a global hub of urban innovation with solutions to improve the quality of urban life and generate new business opportunities for the growing tech community across many industry verticals from housing construction to advances in mobility, academia and energy conservation and resiliency. 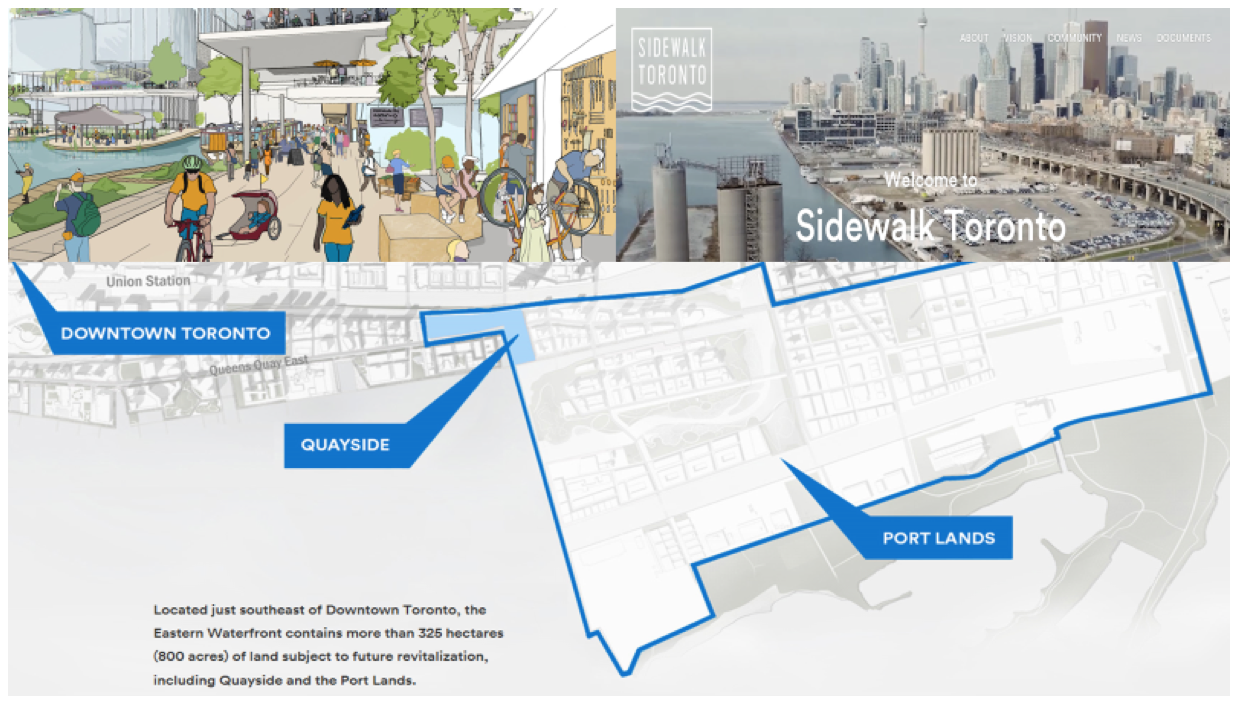 Climate change is also challenging communities around the world to undertake advances in urban planning techniques, data collection and analysis on sustainability and resiliency issues and many other measurements. Through the United Nation’s Sustainable Development Goals, cities are now also facing new mandates to measure their progress and report results with a fresh sense of urgency.

Communities and their citizens and companies today not only want access to data, both open and big data sets, but also to solutions to common problems which planners and decision makers can evaluate through case studies and best practices. They want to identify measurable, scalable and relevant best practices which can be analyzed for its ability to be replicated or the lessons learned to create unique and innovative solutions most relevant to their situation. 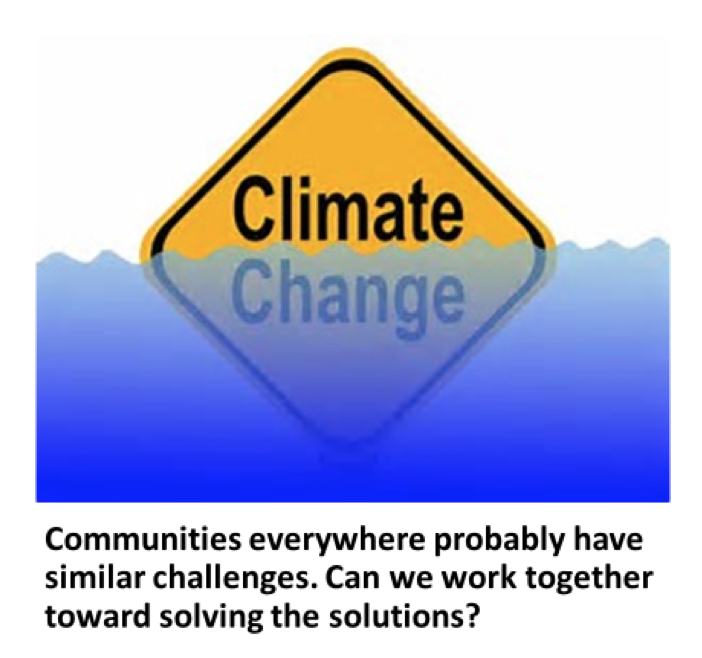 Organizations such as the Intelligent Community Forum offer communities access to data, information and the knowledge shared by other communities willing to share best practices and even the solutions to common challenges. Its recent partnership with beesmartcity in Germany and their digital web hosting hundreds of solutions to challenges (and growing), demonstrates the interest of communities to seek innovative tools that could help their communities in generating projects and plans in their communities that have the benefit of a global practice of inclusive, collaborative and accurate data and applied knowledge from their citizen’s perspective. 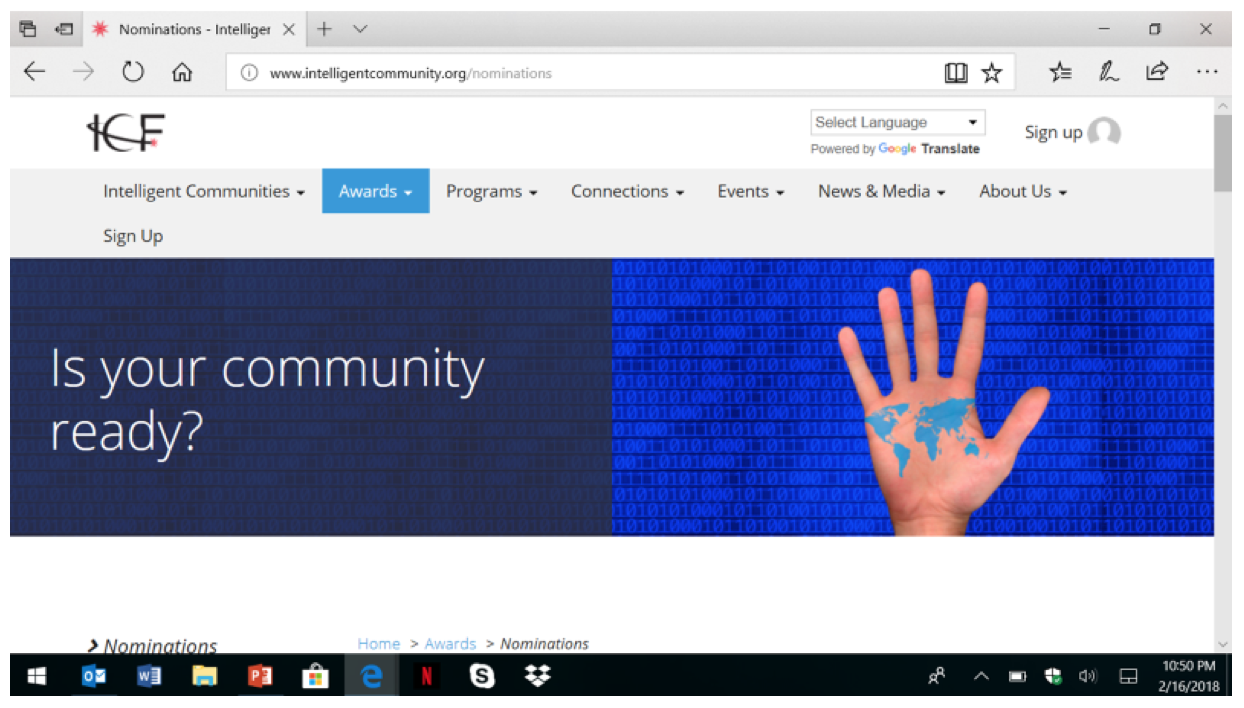 To learn more about ICF’s theme for the year, “Humanizing Data”, attend the ICF Global Summit in London, UK from June 4-6, 2018. See: https://www.intelligentcommunity.org/summit_18 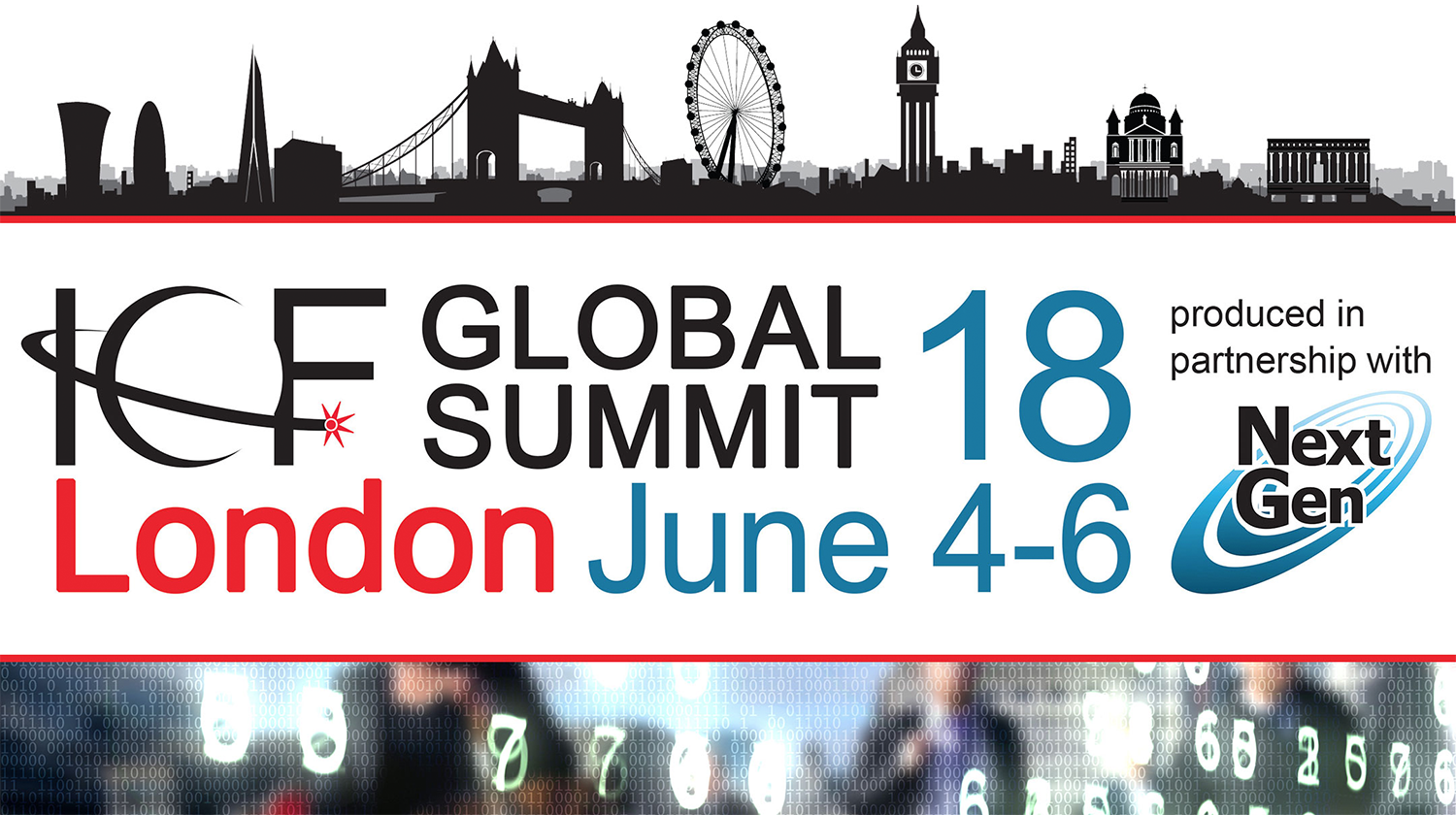