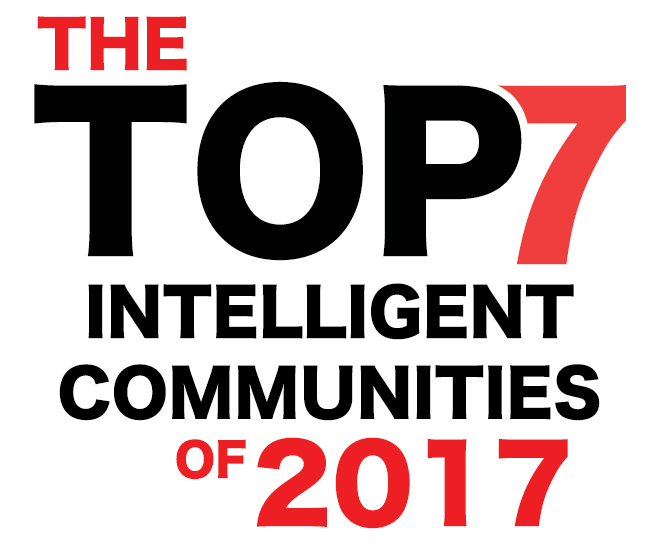 ICF will be featured in a special conference on “The Internet of Cities” and name the world’s Top7 Communities of 2017 in Taipei, Taiwan on February 9, 2017.

Innovative Mayors, CIOs and political and educational leaders from Taiwan and international Intelligent Communities will gather at the Shangri-La Hotel in Taipei for a one-day conference filled with Keynote addresses and Panel Discussions on Intelligent Community Development.

ICF Co-Founder John Jung will deliver the opening Keynote address, The Internet of Cities, which is the theme of ICF's 2017 Awards Program. The Internet of Cities is an up-close and provocative look at how information and communications technology (ICT) challenges every city, region and town to outperform its past. In the broadband economy – the worldwide marketplace created by the Internet – local economic success depends on the global economy in ways we never before imagined. That gives a powerful advantage to places that are used to competing on the world stage, but also calls on them to redefine what has made them successful for a new era. For places that are not used to global competition, meanwhile, the broadband economy presents enormous challenge and unprecedented opportunity. The future of the place called home literally depends on the choices that mayors, city managers, IT professionals and economic developers make today. Click here to read more about The Internet of Cities.

In the afternoon at the event, ICF Co-Founder Lou Zacharilla will deliver a Keynote titled The Revolutionary Community. The "Revolutionary Community" is a place where people succeed and plan for their future using a combination of technology and the best human instincts for creative thinking.  It will require a different approach to learning and the use of data and knowledge.  Technology is the beginning but it is not the end. The new "Silicon Valley" will be different than the original.  It will move us from “Smart” to “Wisdom” cities.  The cities of Taiwan and the 152 cities that have been named “Intelligent Communities” can give a new voice to the old truths. They will create a prosperity that is financial and emotional.

Both John Jung and Louis Zacharilla will participate in two panel discussions during the day, From Smart to Intelligent and Innovation Ecosystem.  ICF’s co-founders and authors of the book, Brain Gain, will also be part of a special announcement to be made on the morning of the event.  Beginning at 7:00 PM they will announce the Top7 Intelligent Communities of 2017 at the Red House in Ximen.

More speakers to be added as they are confirmed.